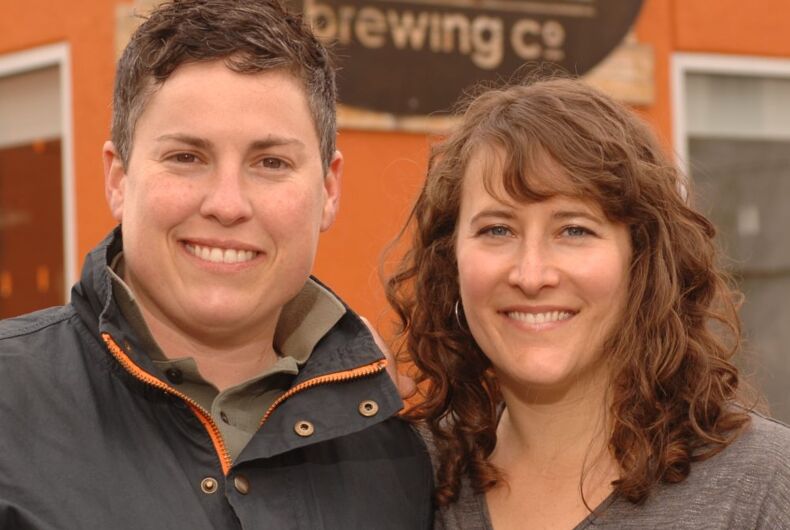 A tech entrepreneur running for governor in Maryland has selected a lesbian small business owner as his running mate.

Alec Ross, a former technology adviser in the Obama administration, has named Julie Verratti as his running mate. Verratti is co-owner of Denizens Brewing Co., in downtown Silver Spring, with her wife, Emily Bruno, and Jeff Ramirez.

“Julie and her wife, Emily, represent the essence of Maryland values, including diversity, entrepreneurship and activism,” Ross said to Bethesda Magazine.

Ross and Madaleno are in a crowded field for the June 26 primary, with seven Democrats competing to challenge Gov. Larry Hogan. Hogan, with high ratings and strong funding, would be the first Republican re-elected in 60 years.

Verratti is new to politics. “We’re really focused on the economy and the changing nature of the world that we live in,” she said to the Baltimore Sun.

“I’m in the nitty-gritty,” Verratti said. “I know exactly what it’s like to run a business.”

A January poll shows Ross and Verratti have their work cut out for them. In the Democratic race, Rushern Baker III, Prince George’s County executive, had a sizable lead, at 24 percent. Madaleno polled at 5 percent, and Ross 1 percent.

Should the Secretary of Defense threaten to resign over trans military service?