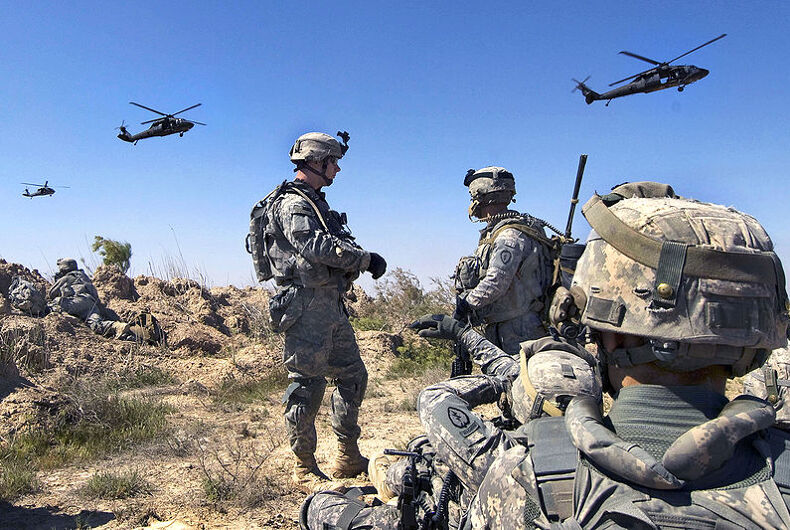 Army Secretary Mark Esper has said that during his first three months in the role, none of the soldiers he has met have voiced concern over serving alongside transgender individuals. In fact, no one has even asked about it.

During his time visiting soldiers across America, as well as in South Korea, Europe, and Afghanistan, Esper said soldiers were mostly brought up issues like pay and the quality of the food.

Esper shared that he has also met with “six or seven” active duty transgender soldiers during his first 30 days on the job. He called hearing their perspectives “helpful” while he considers the issue.

The Trump administration has done its best to ban transgender soldiers from the military, attempting to reverse the direction the Obama administration took, allowing them to serve openly since 2016.

Despite losing a series of legal challenges in the federal courts, the Trump administration has pushed ahead, and has said it will unveil a new policy on Wednesday. There has so far been no indication of what will be included.

Defense Secretary James Mattis has been reviewing the issue, and his panel will present its findings to the president.

Pentagon spokesperson Maj. David Eastburn said the Pentagon would be preparing “recommendations,” with the final policy coming from the White House.

The Pentagon has also launched an effort to purge U.S. troops from the ranks who are considered unable to deploy, applying equally to trans and cisgender soldiers. That means that if a transgender soldier has gender confirmation surgery, they must be ready to deploy within a year.

Transgender soldiers have been able to serve openly since January 1, after the Trump administration dropped its attempts to stop those enlistments from taking place.

Esper told reporters that soldiers wish only to be have equal standards upheld across the board.

“Everybody wants to be treated with a clear set of standards,” Esper said. “At the end of the day, the Army is a standards-based organization.”