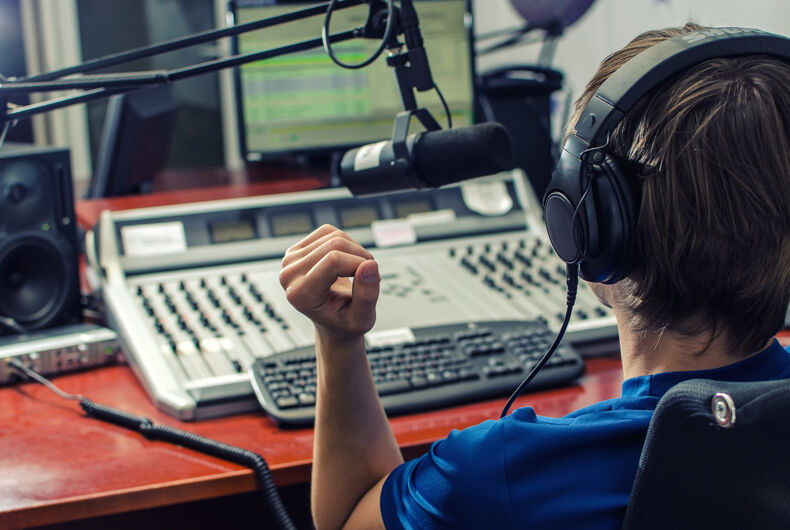 When “Daniel” called into radio host James O’Brien’s show this week, he likely didn’t think it would end like it did. When the man called into the discussion on religion and homosexuality, he didn’t think he’d run into such relentless – and repetitive – opposition.

“The Bible is quite clear about homosexuality, and what is a sin and what isn’t,” was Daniel’s opening line. “It’s in the Old and the New Testament.”

“The New Testament, you can find a couple of quotes from St Paul with reference to modern interpretations of what Sodom and Gomorrah represents, but just remind me – just tell me the things that Jesus said about it,” O’Brien replied.

Of course, Jesus didn’t mention homosexuality at all. St. Paul, while credited as the father of the Catholic Church, never met Christ or heard his teachings.

“That’s a letter written by someone who never met Jesus. 1 Corinthians is a letter that St Paul wrote. What did Jesus say, on the record, in the Bible about homosexuality?” O’Brien interjected.

“It’s a simple question. What did he say? You can say nothing, because that’s the true answer, or you can carry on blustering.”

As the call wears on, O’Brien repeats his question 27 times as the desperate caller tries to bumble his way through the five minute conversation. At one point, O’Brien even turns the question into a sing-song chant.

O’Brien dropped the bomb though when he ended the call with the religious homophobe. Listen to the end of the show to hear the ending that will make you want to stand up and cheer.