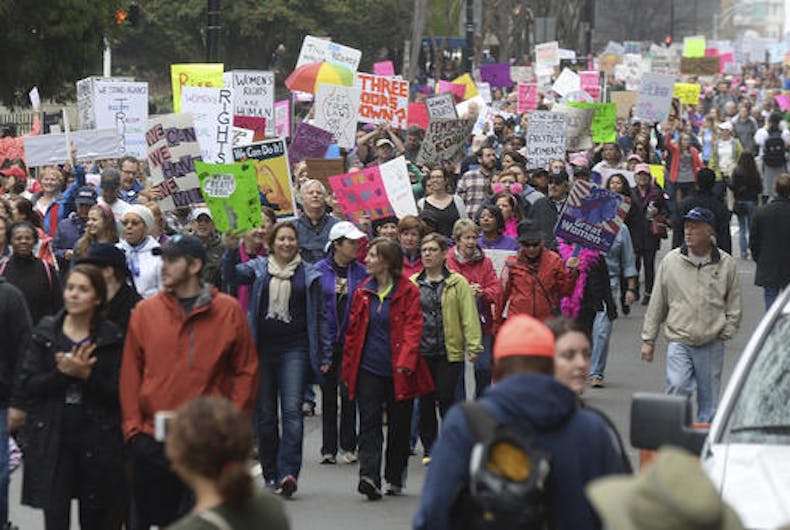 Crowds march up Church Street towards Romare Bearden Park during Saturday's Women's March on Charlotte, which drew at least 10,000 people according to CMPD. Photo: (Diedra Laird/The Charlotte Observer via AP)

Yesterday, hundreds of thousands of people marched in cities and towns around America in the 2018 Women’s March, a year after the first Women’s March was held.

People marched, chanted, sang, and spoke out for women’s equality.

And they made signs.

@MomsDemand and #RisetoRun were out in force at the #WomensMarch2018 First we marched, now we run. They don't stand a chance. pic.twitter.com/KMCqxY8eos

LOL – do NOT come for North Carolina in the protest sign game. You will lose. #WomensMarch2018 #Raleigh #WomenLead pic.twitter.com/rUACFDFg2U

I can relate to this sign so much. #WomensMarch2018 pic.twitter.com/OoUnHxUPFA

Judging from the number of times I saw this sign posted on Twitter, this little girl won the internet this weekend.

Washington set to be the next state that bans conversion therapy