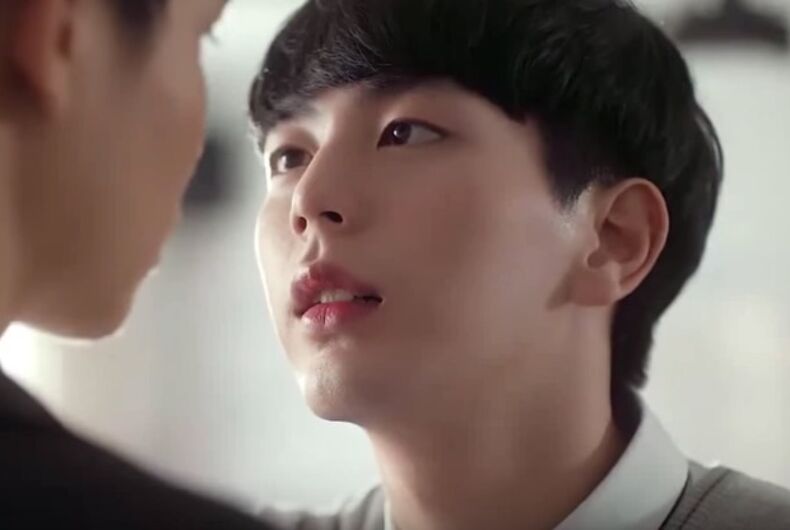 KL Lip Care just released a commercial for their lip balm in Thailand that would raise eyebrows in America. The ad plays on the “boy love” dramas popular in Asian countries.

The genre generally features two teenage boys slowly realizing their love for each other. The stories are incredibly popular with women and girls and, in some Japanese manga in particular, can be rather sexually graphic.

In the ad, one student confronts another for breaking his sister’s heart. But when the reason why the boy declined the sister’s advances, the ad takes a whole new spin.

You’ll be left as breathless as the girls at the end who whisper “Fiiiiiiiiiine….” at the end after you watch.

The balm comes in strawberry, orange, mixed fruit, menthol and “pure” flavors. They ship internationally, but do not guarantee you’ll get any love – just softer lips.