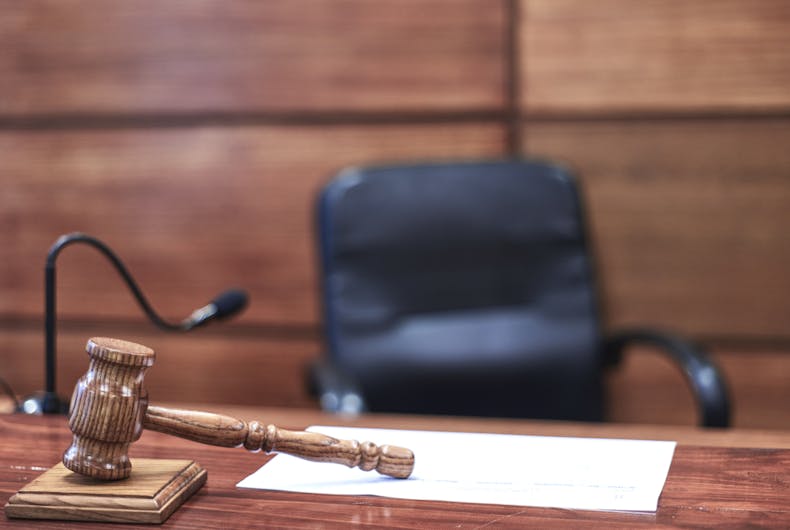 A Kentucky family judge who demanded that gay parents go to another county to finalize adoptions refused to show up at a disciplinary hearing.

In April, Mitchell Nance issued an order to lawyers to identify if their clients are gay so that he could recuse himself from their cases. He said that he couldn’t be involved with these cases because “under no circumstance” would “the best interest of the child be promoted by the adoption by a practicing homosexual.”

The chief justice of the state supreme court told him he couldn’t do that.

Local LGBT activists filed a judicial ethics complaint against Nance, and he responded by resigning in October in a letter that said that it was his “sincerely held religious belief” that “the divinely created order of nature is that each human being has a male parent and a female parent.” His resignation went into effect today.

That didn’t mean that the ethics complaint went away. He had a hearing last Friday at the Kentucky Judicial Conduct Commission in Lexington, but he didn’t show up.

“Whether Judge Nance appears or not, we are required to conduct a hearing,” said commission chairman Steve Woltnizek.

Chris Hartman, executive director of the LGBT organization Fairness Campaign, said, “It shows how flippantly he feels about this.”

The hearing lasted ten minutes and a decision is expected later this week.

This guy saw 7 antigay protesters outside a church, so he called a few friends for help

Exclusive: The LGBTQ movement is being funded by rich people