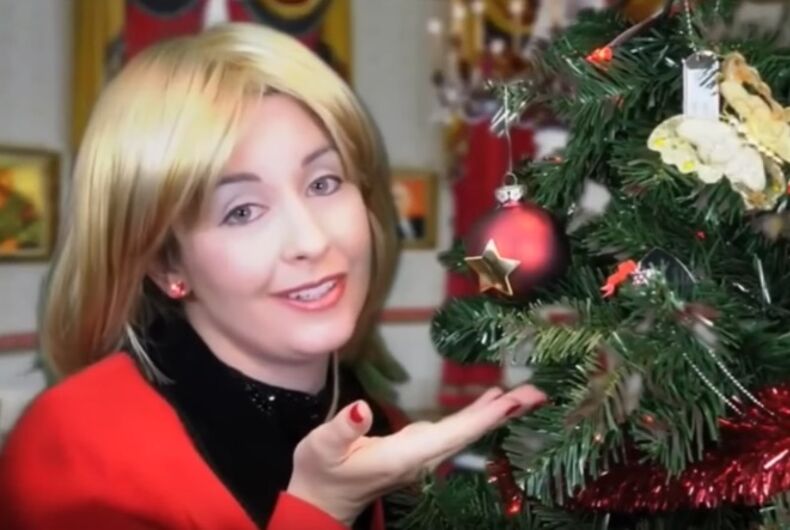 Since the folks over at InfoWars are filled with hate and conspiracy theories, it shouldn’t come as a surprise that their idea of a Christmas carol is the same. As you could likely guess, it’s entitled “How Hillary Almost Scrooged Christmas.” Because, you know, 2016 makes it timely.

Because HA HA HA HA HA you losers. All Trump wants for Christmas is to relive the minute he realized he’d won the election for the rest of his life. And you have to admit, you’re tired of “winning” now, aren’t you?

So here’s the Infowars holiday spectacular. They declared war over Christmas to bring you this bit of razzledazzle and recycled scare tactics. Somewhere, Santa is weeping.