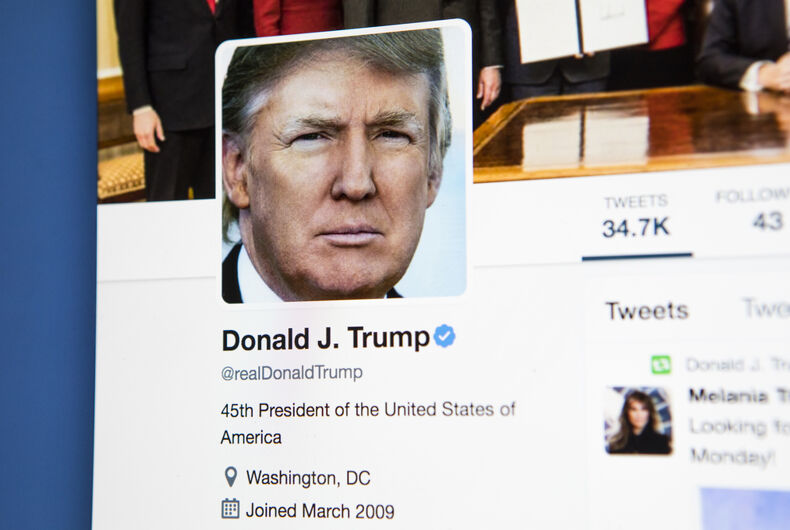 On Friday, Twitter updated its search filters and clarified its rules.

The updates to the search filters led to the social media platform blocking searches for LGBTQ words, “gay,” “lesbian,” “bisexual,” and “transsexual.” Searches for those terms led to a “no results” message.

.@TwitterSupport why can’t people photo search for #bisexual? Our community is important and should not be censored @Twitter pic.twitter.com/AnOba7G6nT

.@TwitterSupport we’re surprised to see some searches for #bisexual and #gay blocked. We urge you to fix – #LGBTQ visibility matters. pic.twitter.com/RTjcCdl7Pc

Twitter has said that the issue is an “error,” but has not explained what the error was.

The blog post also discussed abusive behavior, explaining why some cases of abusive behavior will not result in suspended accounts. One sentence appears to be a loophole for famous people who want to use Twitter as a platform for abuse:

We are making it clear that context — including if the behavior is targeted, if a report has been filed and by whom, and if the Tweet itself is newsworthy and in the legitimate public interest — is crucial when evaluating abusive behavior and determining appropriate enforcement actions.

The word “newsworthy” is a hyperlink to the Merriam-Webster Dictionary‘s entry for the term, which provides little information about what exactly Twitter means.

While the first two parts of “context” affect how abusive a comment is, whether it’s “newsworthy” or not may have nothing to do with how abusive it is.

In fact, a Tweet might be newsworthy specifically because it is abusive. A famous person saying that a colleague is wonderful is a “dog bites man” story, but that famous person calling the same colleague a fuckchop is news.

This might explain why the world’s most famous Twitter troll – Donald Trump – has not faced any penalties for his behavior on the platform, despite Twitter’s insistence that he has to follow the same rules as everyone else.

For example, he once called a student “arrogant” and “nasty,” which caused his followers to bombard her with hateful and threatening messages.

The arrogant young woman who questioned me in such a nasty fashion at No Labels yesterday was a Jeb staffer! HOW CAN HE BEAT RUSSIA & CHINA?

In another incident, a Twitter attack on a union leader caused Trump’s followers to send him hateful and threatening messages about him and his children.

Chuck Jones, who is President of United Steelworkers 1999, has done a terrible job representing workers. No wonder companies flee country!

As Vox noted last year, Twitter had already banned other people for similar behavior, including Milo Yiannopoulos. And Trump’s tweets haven’t gotten better since then.

By exempting “newsworthy” tweets its behavior policy, Twitter may be providing itself with an excuse to not suspend Trump’s account, even when he does things that would get other users suspended.

Twitter’s motivations here – to clean up the cesspool of abuse and harassment published on their platform, but also to keep people engaged with their platform in part because they want to see what horrible thing Trump will say next – are in conflict. Stepping up actions against abusive behavior while providing what appears to be an unbiased reason for exempting abusive behavior that brings in traffic might be Twitter’s way of walking that fine line.

Early Sunday, the issue with the words “gay,” “lesbian,” and “transgender” was solved. Later, Twitter tweeted that the blocked searches were the result of an error and that they were working to fully resolve the issue.

We’ve identified an error with search results for certain terms. We apologize for this. We’re working quickly to resolve & will update soon.

While Twitter has not commented on what caused this error, some users have speculated that search filters intended to block pornography are also blocking searches for bisexuality.

“Every bi activist knows the problems of trying to search for bi content on the web – some public wifi systems block it altogether, even when it’s nothing to do with sex, because bisexual is seen as a dodgy word in itself,” bisexual activist Kate Harrad told Gay Star News.

Twitter has not said when the issue would be resolved.