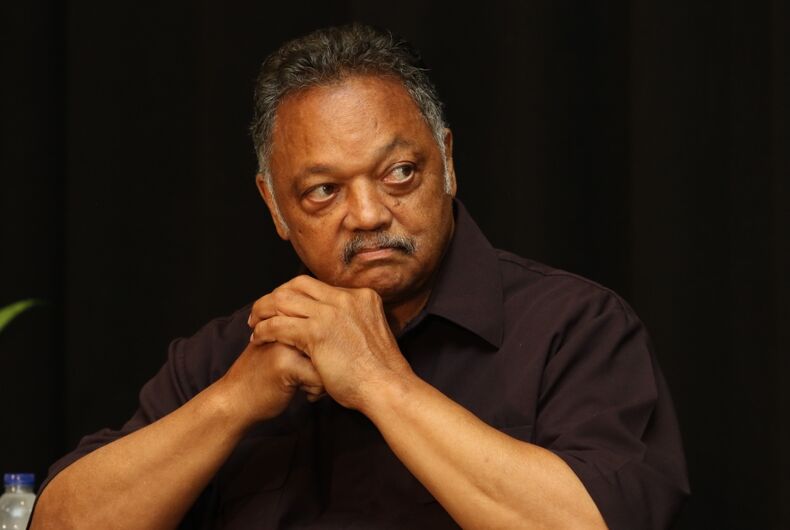 Young says the harassment occurred shortly after Jackson gave a speech to the company about the responsibility of black journalists. In a receiving line for photos and autographs after the event, Young alleges that Jackson took the opportunity to grope her thigh.

“I walked toward Jackson, smiling, and he smiled back at me. His eyes scanned my entire body. All of a sudden, I felt naked in my sweater and jeans. As I walked within arm’s reach of him, Jackson reached out a hand and grabbed my thigh, saying, ‘I like all of that right there!’ and gave my thigh a tight squeeze,” Young wrote in a piece for The Root.

“I was shocked, to say the least. Even though Jackson had had his hand reached out, I had no idea that he would touch me in a sexual way.”

“I did what most women in an uncomfortable position do: I giggled,” she continued. “And I continued to giggle as he pulled me in closer, stared down at my body, smiled and told me he was only kidding.”

A former co-worker confirmed the incident and said other women were also harassed as they took photos with Jackson.

“When I was finally able to pull myself away from the Rev. Jackson’s grip, I was deflated. I admired this man who marched alongside the Rev. Martin Luther King Jr., a man who represented our ability to overcome, a man who is really … just a man,” Young wrote.

In 2010, Tommy R. Bennett, a former employee of Jackson’s Rainbow PUSH coalition, accused the reverend of sexual harassment and discrimination based on his sexuality. Bennett claimed Jackson allowed other employees to make derogatory remarks about him and would force Bennett to bring women back to Jackson’s hotel rooms for sex and then make Bennett clean up any evidence after Jackson was finished.

Pence may be a lapdog, but he’s wagging Trump’s tail