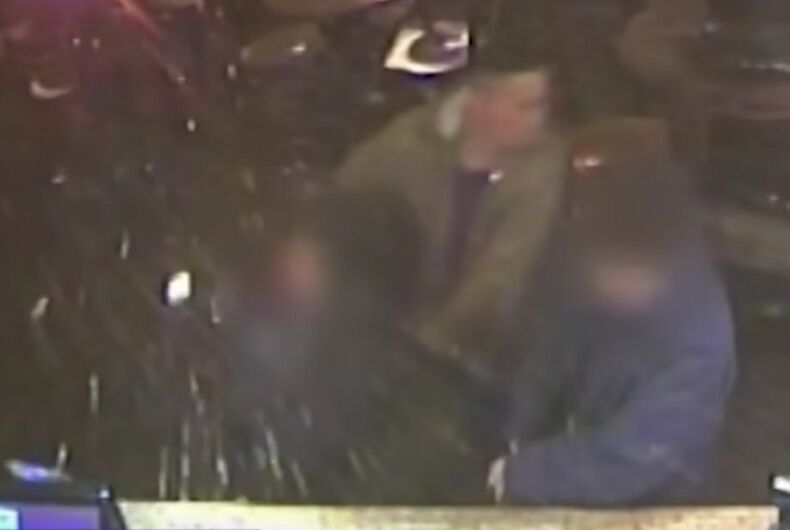 A man was sentenced to two years in prison for smashing a glass in a gay man’s face, injuring both him and his boyfriend.

Anjungi Lam, 35, was caught on video in March smashing a beer glass in the face of a gay man at the Wetherspoons pub in London while he and his boyfriend ordered drinks.

The 23-year-old victim, who has not been identified in the press, suffered a chipped tooth, damage to his eye, and cuts on his lips, neck, and nose. His 20-year-old boyfriend also got glass in his eye.

The couple said that they did not know Lam at all, but that they thought they were targeted because they were holding hands as they walked in.

The security camera caught the attack and the assailant was easily identified because he is a former Wetherspoons bartender. He was fired after three months of working there for repeatedly showing up late.

The investigating officer, Lance Sharrock, said that it was “an entirely unprovoked incident.”

“I am pleased at his sentence which shows that incidents of this nature will not be tolerated,” Sharrock said.

Lingerie company responds beautifully to critics of a genderqueer model