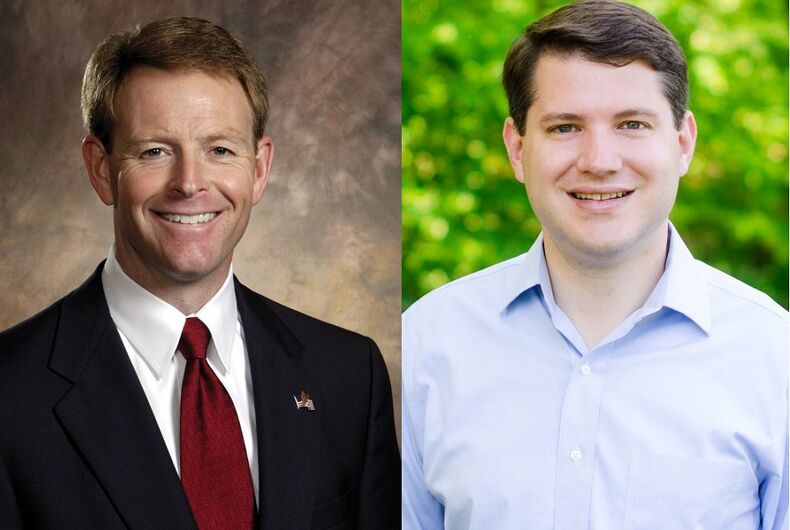 The Washington Post is reporting that an 18-year-old boy was sexually assaulted by Ohio state representative Wesley Goodman, the married “family values” legislator who resigned earlier this week after admitting to having consensual sex with an adult man in his office.

The young man, whose name was not disclosed by the Washington Post, says that he was 18-years-old when he was attending a conference at a hotel near Washington, D.C., two years ago. The event was intended to raise funds for Goodman, who was about to declare his candidacy for the Ohio legislature.

The conference was organized by the Council for National Policy (CNP), whose president at the time was Tony Perkins, who also heads the Family Research Council (FRC). FRC is listed as a hate group by the Southern Poverty Law Center, and LGBTQ Nation has published dozens of posts about Perkins because of his extremely anti-LGBTQ attitudes, statements, and actions.

According to the boy, the incident occurred on October 18, 2015. He wrote in a statement on October 25 that Goodman, who was 31 at the time, tried to get some of the young people to go to a party on Capitol Hill.

“One of the young guys didn’t want to go, and Wes really made fun of him and told him he ‘had a vagina’ and made sarcastic remarks about him being like a woman,” the teen wrote.

When they got back to their hotel from the party, Goodman “pushed me to come to his room,” the teen wrote, and insisted that they share a bed.

He said that he was woken up in the middle of the night by Goodman pulling down his zipper and found that his pants were already unbuttoned. He left the room at 4 a.m., “shaken, dazed, confused and very upset.”

Several days later, the boy’s stepfather wrote an email to Tony Perkins, demanding repercussions. “If we endorse these types of individuals, then it would seem our whole weekend together was nothing more than a charade,” he wrote.

Perkins, on October 20, emailed back and promised the stepfather that action would be taken. “Trust me… this will not be ignored nor swept aside,” he wrote.

Bob McEwen, who was then the Executive Director of the CNP, emailed the stepfather on October 22 to promise that “strong action is about to take place.”

Goodman wrote a statement of his own on October 25 where he denied undressing the boy, saying that he woke up at 8 a.m. and saw that the boy was gone.

In addition to statements and emails from the stepfather and Perkins, the Washington Post also obtained correspondence from conservative operatives who were at the conference. One asked for his contribution to be refunded.

Several weeks later, Goodman declared his candidacy for the Ohio state house, apparently unconcerned about the “strong action” that the CNP promised to take against him.

A few weeks after that, Perkins sent a letter to Goodman suspending him from the CNP, saying he was disappointed that he declared his candidacy so soon.

In the letter, Perkins implied that Goodman admitted to assaulting the teenager and was undergoing some kind of counseling.

“The update on the status of your therapy and the on-going counseling is also very encouraging,” Perkins wrote. “While you have admitted and taken responsibility for your behavior, you have only begun the process of restoration.”

Nowhere in the letter does Perkins make it clear that he suspended Goodman’s membership because his actions were non-consensual and not because they were homosexual.

Perkins, donors, the stepfather, and other CNP staffers implicated in the emails and documents obtained by the Washington Post refused to comment on the story.

When he resigned earlier this week, Goodman said in a statement, “I sincerely regret that my actions and choices have kept me from serving my constituents and our state in a way that reflects the best ideals of public service.”

His wife, Bethany Goodman, has not commented on either matter.

Why is the Washington Post publishing a transphobic attack on Danica Roem?