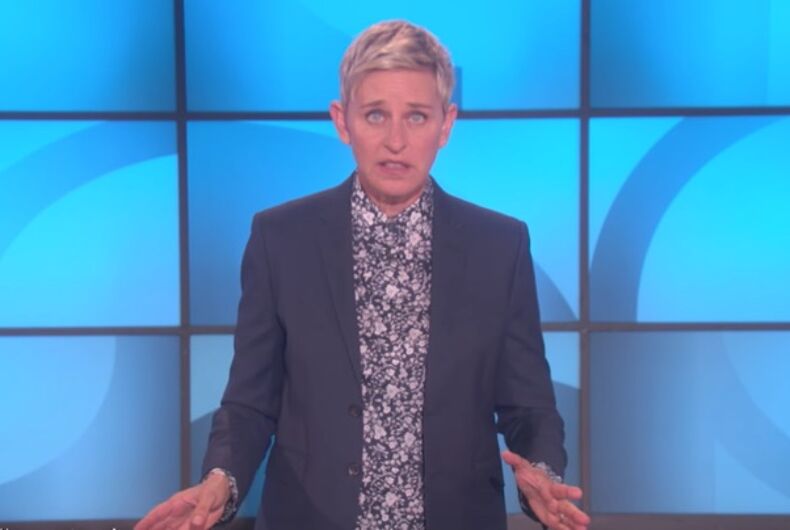 Earlier this week, the Trump Administration announced that the Obama era ban on importing elephant tusks and other trophies from Zambia and Zimbabwe would be lifted.

That did not sit well with animal rights activists, and that includes Ellen.

On her show on Thursday, Ellen accused Donald Trump of “encouraging Americans to kill elephants.”

She explained why the endangered animals are so important to her by showing footage of an elephant mother helping her child out of a stream.

Ellen told her viewers to use the hashtag #BeKindToElephants and that she would make a donation to the David Sheldrick Wildlife Trust every time it’s shared.

Last night, Trump announced that he would hold up the change in policy until it has been reviewed.

Put big game trophy decision on hold until such time as I review all conservation facts. Under study for years. Will update soon with Secretary Zinke. Thank you!

He didn’t use the hashtag.

African elephants’ population shrank by 30% from 2007 to 2014, in large part because of poaching.

The decision was announced on the U.S. Fish and Wildlife Service’s site in a statement that argued that “African elephant trophy hunting in Zimbabwe will enhance the survival of the species in the wild.”

It is not known what influence Trump, whose family famously enjoys hunting big game in Africa, had on the decision.