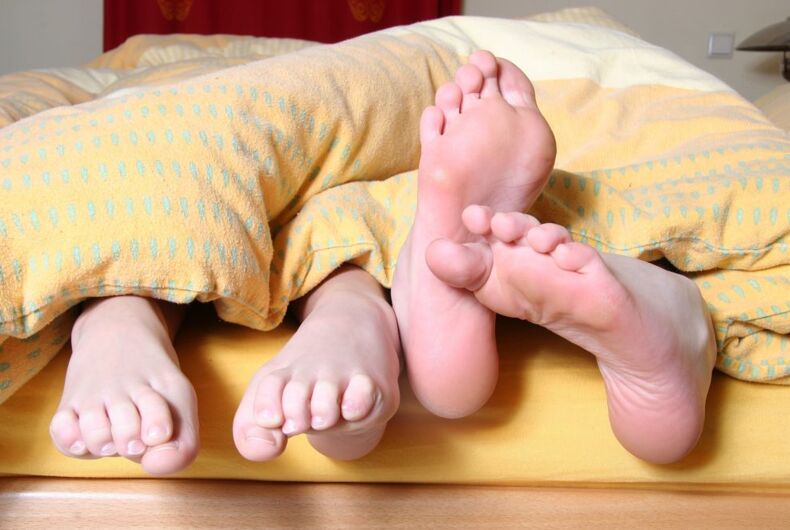 The Centers for Disease Control (CDC) has officially stated that those living with HIV who are undetectable cannot transmit the virus to others.

Yesterday was National Gay Men’s HIV/AIDS Awareness Day, and in a memo noting some discouraging statistics, there was a moment of light, as for the first time ever the CDC said what organizations and experts in the field have been saying for years.

“When [antiretroviral treatment] results in viral suppression, defined as less than 200 copies/ml or undetectable levels, it prevents sexual HIV transmission,” the memo stated.

That is the scientific way of saying that an HIV positive person who seek treatment and eventually control the virus to the point of not being detectable in tests cannot pass on the virus, even if no protection is used.

While the memo noted that 26,000 gay and bisexual men received an HIV diagnosis in 2015, making up two-thirds of all diagnoses, with diagnoses increasing in the Hispanic/Latino gay and bisexual community, efforts to stop the spread do seem to be having some effects.

The fact that those who are undetectable cannot pass on the virus is a big part of the equation, so the statistics that 61 percent of gay and bi men have achieved viral suppression, as stated in the memo, is good news. The CDC admits that there is still a long way to go, however, to get where we want to be, and both prevention and treatment efforts play a key role.

The CDC noted that some of the successful efforts to slow the spread of HIV/AIDS have included better funding for health departments and community-based organizations, supporting PrEP (pre-exposure prophylaxis) and PEP (post-exposure prophylaxis), supporting projects to identify prevention strategies, as well as funding its own information campaigns.

“This is the moment we have been waiting for! The CDC agreed today there is ‘effectively no risk’ of sexually transmitting HIV when on treatment and undetectable,” Bruce Richman, executive director of UequalsU.org and the Prevention Access Campaign, told Plus.