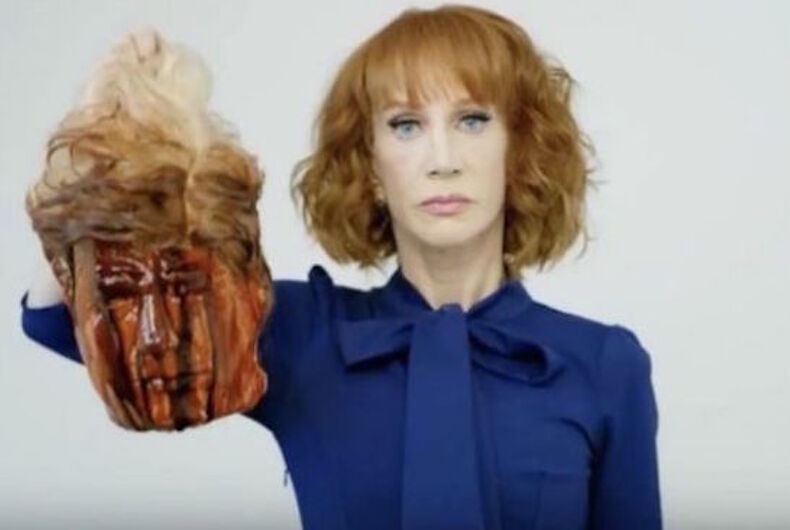 Back in May, Griffin caused quite a stir by posing with a doll doused in stage blood and made to look like Donald Trump’s freshly decapitated head.

Related: Is this even legal? Kathy Griffin decapitates Trump in grisly photo shoot

The letter, which the comedian shared in order to share its insane ramblings with the world, claimed Griffin had to “get to Trump himself, who has been known to be compassionate….”

“You have one chance left if you send the following letter (NOT AN EMAIL) to the President. DON’T CHANGE A WORD OF IT. (Go to Google for “how to address the President” and where to sent it, etc.”

“You will EXCLUSIVELY release the letter to Fox Broadcasting (DO NOT SEND TO THE OTHER NETWORKS). I think this will possibly get you over this mess.”

Here’s a telling snippet of the letter Griffin was encouraged to send:

“I do not deserve what I am asking of you. I am begging you to open your heart and forgive me. I have done a terrible thing and I have lost may [sic] career and my life. My career is over as I have lost the respect of my audience. I spent my entire life to get to wherever I was in stand-up comedy, only to lose it forever.“

Griffin rightly called the letter “NUTS,” and shared it because CBS “may not be aware that their board member has these leanings.”

Holy sh*tballs! Please read entire letter. Not a joke. It's from a current member of the Board of Directors at CBS. NOT…

You can read the entire letter below: 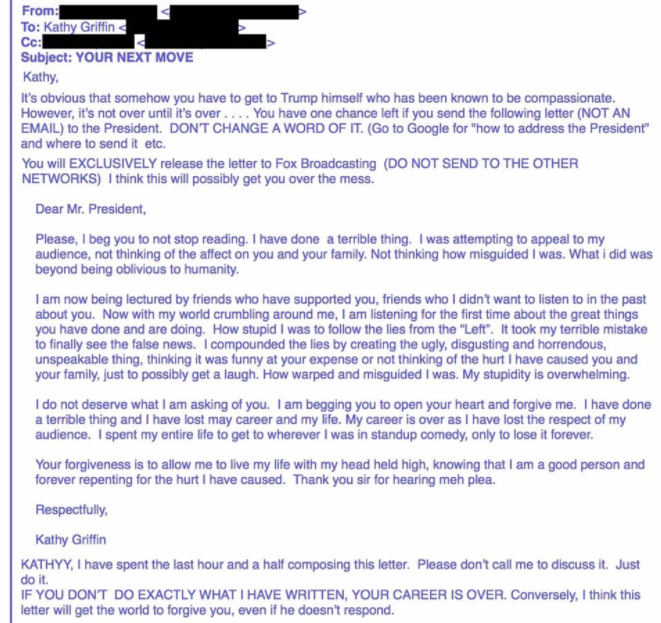