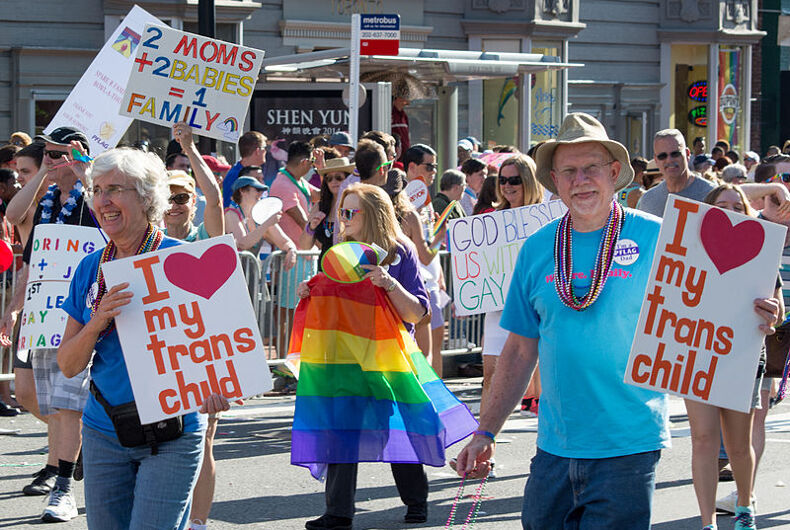 A new poll has found that over half of Americans would support their child’s transition if they came out as transgender.

Harris Poll, on behalf of the American Osteopathic Association, found that “53% of American adults would support their teenage child’s request to transition to another gender.”

Women, the college educated, and those living in the Northeast were most likely to be supportive.

Supportive families and early intervention can help reduce the increased risk of depression, suicide, and substance abuse that often accompany the minority stress that comes when faced with persistent bigotry in one’s own environment.

“Parents have a significant role in raising transgender kids,” said Laura Arrowsmith, who practices at a transgender clinic in Oklahoma. “Once they get on board—often after stages of denial, rejection, condemnation and grief—they become powerful advocates at school and with extended family. This is crucial to the child’s well-being.”

“Watch your child for eating disorders, self-harm, substance abuse and suicidal tendencies,” Arrowsmith added. “A mental health counselor who is familiar with transgender people and local support groups can make all the difference.”

Calls from transgender youth to LGBTQ suicide hotlines are on the rise since President Donald Trump was elected, and anti-trans bathroom bills have also put the community in the spotlight and brought about a backlash. An increase in acceptance from parents will be essential in helping to turn the tide and help end the epidemic of transgender suicides.

Meet the 11 gay or bisexual Catholic popes from history