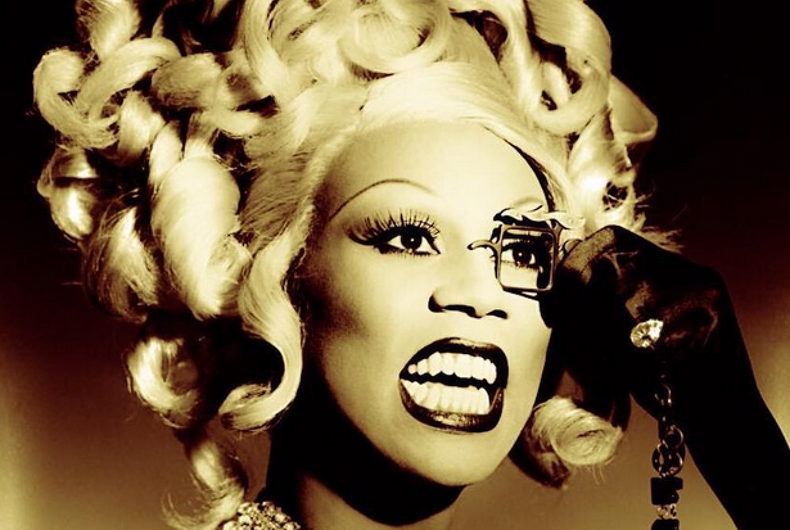 In an interview with Page 6‘s Cindy Adams, everyone’s favorite drag queen dropped a bombshell about an upcoming movie that recreates her debut during the 80’s in New York City. While everything is still in the planning stages, Ru gave readers a hint on who may star in the flick.

“Not filmed yet. No title yet. Not cast yet. I won’t play me. It’s maybe Willow Smith,” Ru says. “At least she’s a biological female. And I don’t need someone bitchy. I’m not. I’m sassy. There’s a kindness in me. I’m really a sweetheart.”

“Networks are bidding on the project now. A one-hour show is 42 minutes. A streaming service is an hour. Until we know which, we haven’t started shooting. J.J. Abrams is behind it.”

While the bio may focus on her beginnings a few decades ago, she says her biggest contribution is to culture is happening right now.

“There’s a political aspect to looking at what I do. My show represents the fair shake, the promise of America we all hoped for. It’s all about identity. Everyone can be famous. This represents that you can create your own persona. Look, I never expected validation or some form of status quo. There’s no template for what I do.”

Unless, of course, she’s talking about her reality show. That’s pretty formulaic – even if her life hasn’t been.