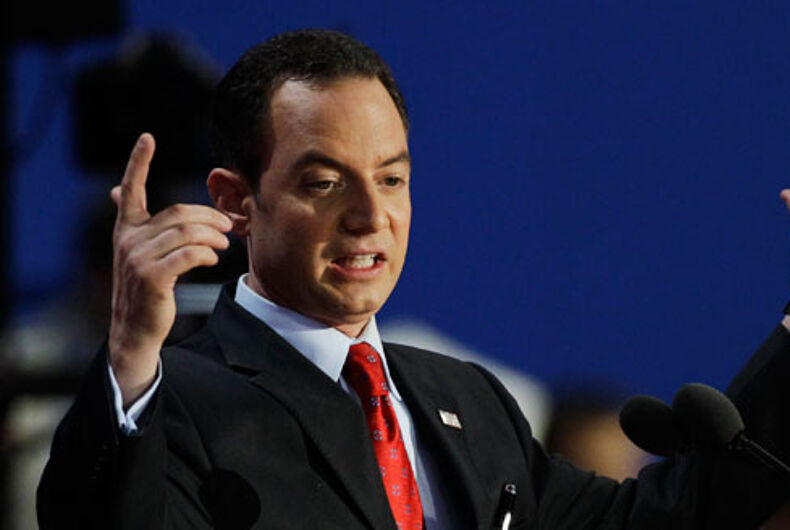 According to the New York Times, Priebus was forced out within hours of this morning’s disastrous defeat of Trump’s push to repeal Obamacare.

The announcement capped a fraught 24 hours in which the president’s advisers waited for a change they had long anticipated. Mr. Priebus accompanied Mr. Trump on Air Force One for a day trip to Long Island as his fate was being decided. Making for a tense flight, his rival, Anthony Scaramucci, the communications director who had publicly vowed to force Mr. Priebus’s resignation, was also on the plane and in the motorcade.

In barely half a year on the job, Mr. Priebus never won the full confidence of the president nor was granted the authority to impose a working organizational structure on the West Wing. Always seeming to be on the edge of ouster, Mr. Priebus saw his fate finally sealed a week ago when Mr. Trump hired Mr. Scaramucci, an edgy Wall Street financier, over the chief of staff’s objections. Mr. Priebus’s ally, Sean Spicer, the press secretary, resigned in protest.

I am pleased to inform you that I have just named General/Secretary John F Kelly as White House Chief of Staff. He is a Great American….

…and a Great Leader. John has also done a spectacular job at Homeland Security. He has been a true star of my Administration

I would like to thank Reince Priebus for his service and dedication to his country. We accomplished a lot together and I am proud of him!

This story will be updated as more facts come in.