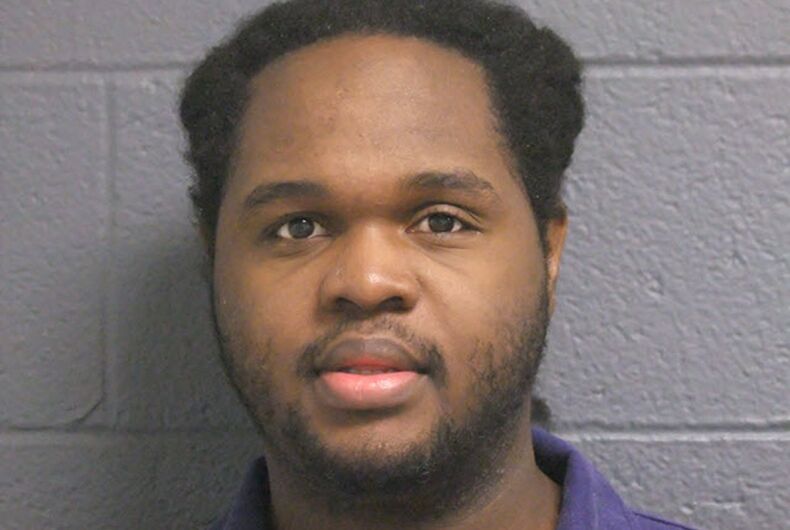 Inmates at a Michigan correctional facility say a fellow prisoner was killed by his cellmate for being gay, and allege prison guards ignored both men’s pleas to be moved.

Rodriguez Montez Burks, 23, was serving a 2-10 year prison sentence at the Alger County Correctional Facility for fleeing and eluding officers in Livingston County last year, Detroit’s Metro Times reports. He was killed on July 20 and his cellmate, whose name has not been released, has been isolated according to authorities.

The man suspected of killing him is serving time for armed robbery, carjacking and assault with intent to murder, Chris Gautz, spokesman for the Michigan Department of Corrections told reporters.

“Old boy was like, ‘Hey I am not gonna be locked in here with a fag,'” inmate Todd Wentworth said. “And the guard was like, ‘It’s not our problem.'”

“This gentleman told [the guard] very clearly, ‘Look I’m gonna hurt this guy if you don’t move me out this cell,'” said inmate Edward Spear. “Burks also told [another staffer], ‘I can’t lock with this guy; we’re having issues, we can’t do this.'”

“She was like, ‘You’re not here for convenience.’ Basically, we’re not moving you ’cause you wanna move — this ain’t the Holiday Inn,” he said.

He said that happened at 11:30 a.m., and just ten minutes later he heard shouts from the cell and then silence.

Inmates plan to file grievances over the incident, but fear reprisals from prison guards.

Wentworth added that since Burks’s death, a gay inmate “so scared for his life” has had his request to move to a protection unit of the prison granted.