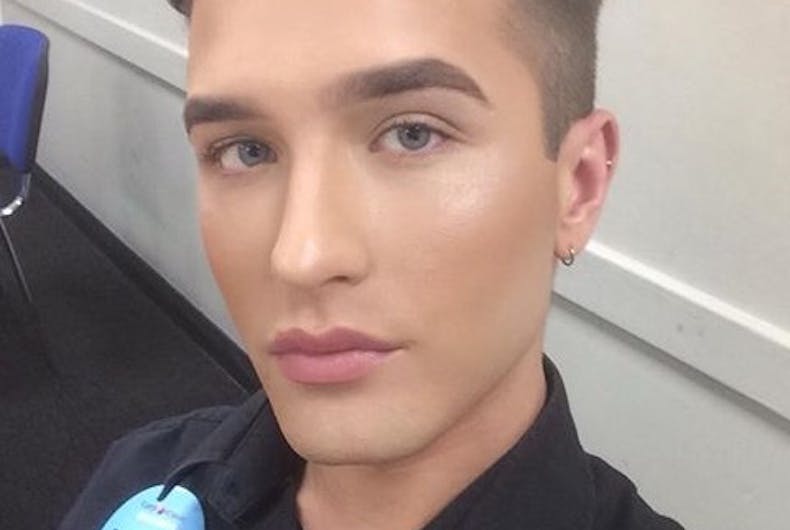 When a store’s management told an employee to “tone down” his make-up, he wasn’t having it.

Scott Ayton-Laplanche, 20, has worked at Currys PC World, an electronics retailer in the UK, for about 9 months. He has always worn make-up at that job, and he never had a problem until management changed.

“Excuse me? Tone it down?” Scott wrote in a Facebook post that has been shared over 3000 times. “You can’t tone down a masterpiece.”

The store does not have a policy on make-up, and Scott points out that female colleagues wear more make-up than he does.

A spokesperson for Currys PC World told the Independent, “This was a local store level misunderstanding that is being dealt with internally. Scott takes pride in his appearance and Currys PC World is proud of its diverse workforce.”

While it is legal for employers in the United Kingdom to have dress codes that distinguish between male and female employees, this employer doesn’t have any such policy. And Scott’s perfectly-applied make-up could hardly be considered a violation of vaguer parts of dress codes that forbid things like “distracting” or “unprofessional” appearance.

Moreover, without a dress code on the matter, it looks like Scott was treated adversely because of his sex (since female employees wear make-up without reprisal) or perceived sexual orientation.

Netflix Portugal’s translation of ‘Sashay away’ is downright shady