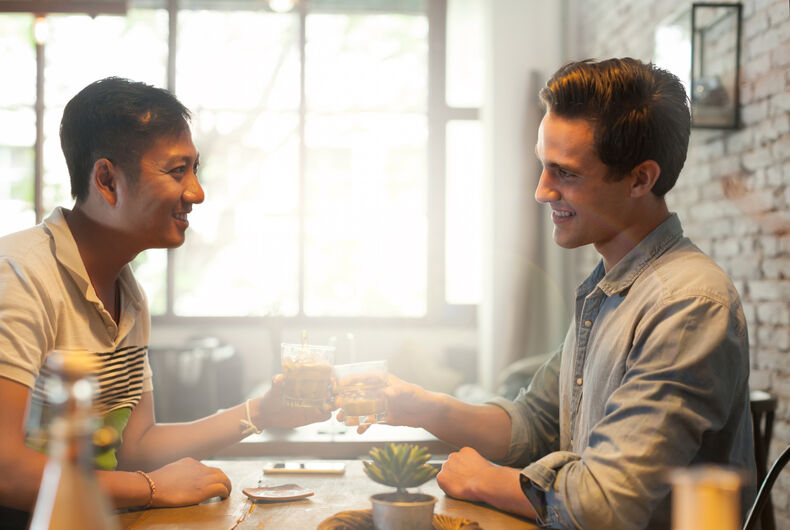 This pride month, the LGBTQ community learned of the closing or imminent closing of two big queer dance bars that cater to the under 21 crowd.

Last week, Midwest college town, Champaign, Illinois saw it’s big queer dance club, Chester Street (popularly known as ‘C Street’) closed and was sold to a local restaurateur who runs many other bars that cater to a mainstream college crowd. Just this week, the Mid Atlantic learned that one of Washington D.C.’s largest under 21 queer dance clubs, Town Danceboutique, would be closing in one year and replaced with a brand new apartment building.

Why is this a problem?

The District of Columbia in particular has seen many of our favorite queer bars close over the past decade for various reasons. First, the construction of Nationals stadium took away several of our best dance venues, like Nation, and forced other queer spaces, like the Glorious Health Club & Amusement Co. and Ziegfeld’s/Secrets to move. Over the next ten years we saw the closure of a score of queer social spaces, like dance club Apex, queer bar Omega, and D.C.’s only remaining lesbian bar, Phase 1.

Queer bar closings aren’t always due to falling profits. Many of these closings were precipitated by real estate deals, rather than empty coffers. However, this doesn’t change the fact that queer-designated social spaces in our big liberal cities are starting to get thin.

Part of this is good news.

There’s less need for queer-specific spaces in a city like Washington where almost every bar and restaurant hangs up rainbow flags, if not all year, at least in June. You’re far more likely to be welcomed by the staff of any given establishment in D.C. for holding hands and kissing your date (or your trick or whatever) than you are to be jeered. Many LGBTQ youth who are perfectly comfortable with themselves and their identities barely even go to queer-specific social spaces to get together, and feel perfectly comfortable congregating at EchoStage or Soundcheck, both of which host many 18+ EDM dance events.

While our community is making gains at public acceptance for the most part, and we should feel comfortable being out and ourselves in most public spaces in this city, it’s not true everywhere. In fact, all over the U.S. LGBTQ youth are still kicked out of their homes and disowned by their families when they come out. They are still likely to be bullied in school. That can be traumatizing, and for some of these youth, the idea of being out publicly is a dangerous one, especially in a place that’s majority straight and cisgender.

While welcoming and affirming spaces are good and we need more of them, we also need to maintain some queer-focused spaces, for those people who may have had experiences that don’t allow them to quite feel safe enough in mixed spaces.

That doesn’t mean that the queer-focused spaces should keep out straight cisgender people, but while all should be welcome, it must be clear the focus of the space is the queer community.

I love that many LGBTQ youth feel comfortable in non-queer bars, and I think it’s great that so many don’t feel the need for the safe space of a queer bar. That shows that we’ve progressed as a society in many ways. I want this to continue. But that’s not the case with all LGBTQ youth.

Full disclosure, I am employed by a queer bar. I love my bar, JR’s, and I hope everyone feels welcome there, but JR’s is 21+. It’s also not a dance venue, and it’s not very large. Another queer dance bar, Cobalt, is still around, but many of their biggest events are 21 and over. Town is one of the last large queer social spaces in D.C. that welcomes guests under 21.

Part of my own coming out process involved going out dancing at gay bars in my youth. That was long before marriage equality, the repeal of ‘Don’t Ask Don’t Tell,’ LogoTV, and the Matthew Shepard and James Byrd Jr. Hate Crimes Prevention Act. While EchoStage and the other venues are great places to dance and catch top DJs, they’re decidedly not queer.

The problem is magnified in a place like Champaign, Illinois. In the middle of the Midwest, surrounded by rural farming communities, Champaign is a place where you need a safe queer-focused space for LGBTQ youth. It’s an oasis – a beacon.

While I was over 21, and long out, when I lived in Champaign, I remember how important C Street was for the undergrads just starting to explore what it means to be queer, who they want to be, and what they want their lives and the world to look like someday.

When you’re bullied for all of your youth for just being who you are, when you’re rejected by your family and your community, finding a space where your identity isn’t just tolerated, but celebrated is vital. Some of us needed those queer-specific spaces just to survive those tough early years of accepting ourselves as queer, and though in many places the climate for LGBTQ youth has improved, there are many places that have not changed a bit.

I’m now not quite sure where LGBTQ youth in Champaign can go to socialize and blow off steam.

Yes, there is a great LGBTQ services office on the campus of the University of Illinois, but that’s there to serve students. What about those not enrolled at the UofI? There is also a local LGBTQ community center, called the UP Center of Champaign County (I was a founding board member in 2009, though I vacated my board seat when I moved to D.C. in 2011), but it is not fully staffed every day and as anyone who has been out a long time can tell you, a queer community center, or bookstore, is a lot different kind of queer space than a dance club.

I grew up in Detroit, and came of age in northern Michigan. The vast majority of the queer venues I frequently haunted are gone forever. Certainly, I personally mourn the loss of those venues for silly sentimental reasons. But beyond my own personal memories of nights out till dawn, seeing and hearing (and sometimes even doing) things I hope my mother never finds out about — most of all I hope that those places have found replacements for the next generation out there that need to go have fun and make similar stupid but fun mistakes that helped turn me into the adult I am now. It doesn’t matter if they get to do karaoke at the Male Box or dance on a rotating dance floor at Ice, or dance shirtless on a box at Spiral (which is still open for now).

What matters is that those kids get a place to be themselves somewhere.

This is a blow to LGBTQ youth, especially those who, through the trauma of coming out where it is not yet safe to, are seeking a place to feel safe and to be themselves, and explore what being queer means.

I know the imminent closure of Town has nothing to do with sales or profits, and everything to do with the changing makeup of that neighborhood, and the value of the land Town is sitting on. They were made an offer they couldn’t refuse. But it’s part of a larger pattern of losing queer-focused spaces in general, especially those that allow in guests under 21.

As a community, I think it’s wise to prioritize strategies to help queer spaces deal with this changing reality, without having to change completely.

These places are not charities. They are businesses, and for-profit companies. I don’t recommend treating them like charitable foundations. But they do occupy an odd space between being a part of the business community and being a part of the better good. They are institutions, and we need to find a prudent way to maintain a healthy balance for the sake of our community.

In a time where many bars are gay friendly but there is still a place for queer bars to exist, how do we better support those places so that they continue for those who need them when they come looking for them?