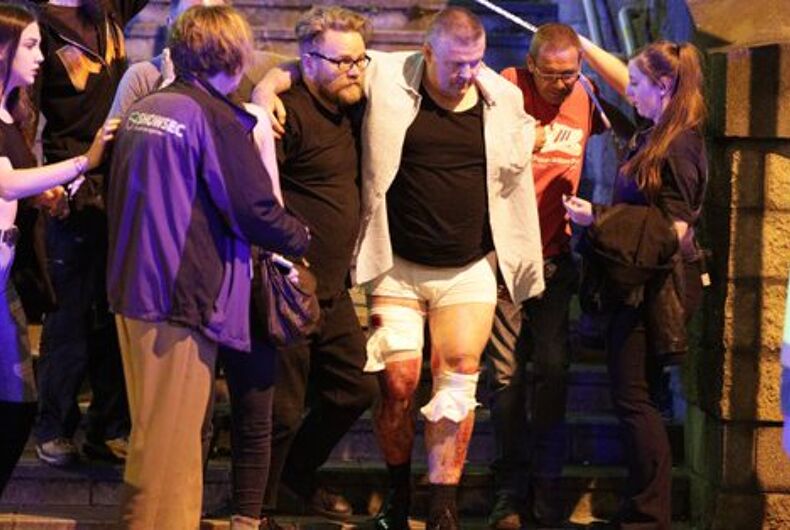 As word spread online of the terrorist attack Monday night at the Manchester, UK concert where Ariana Grande had just performed, Twitter lit up with emotional tweets from around the world, including dozens of celebrities, from Cher to Ellen to Katy Perry and many, many more.

This story is so sad and so scary. Sending all my love to Manchester.

My thoughts and prayers are with the people of Manchester, any one affected, @ArianaGrande and the entire crew. Heartbreaking

Sending love to the U.K., @ArianaGrande and all of her supporters who were caught up in this awful attack. Heartbreaking.

Praying for everyone at @ArianaGrande's show

So desperately sad about Manchester.

My heart hurts for my sister, Ariana & every family affected by this tragic event in the U.K. Innocent lives lost. I'm so sorry to hear this

Completely heartbroken. I love you.

Absolutely heartbroken for #Manchester. Devastating news. My love, thoughts & prayers go out to all.

What is happening in Manchester is absolutely terrifying. Praying everyone effected has found safety and hope Ariana is okay :( Jesus

Heart breaks for everyone at the @ArianaGrande show- terrorism and hatred disrupting a magical escapist experience. Sending all love.

No words can describe how I feel about what happened in Manchester. I don't wanna believe that the world we live in could be so cruel.

Not trying to #ThoughtsAndPrayers up a self serving tweet. But that #Manchester explosion man…man. The hell is goin on in this world.

Texas’ bathroom bill would out trans students to their classmates