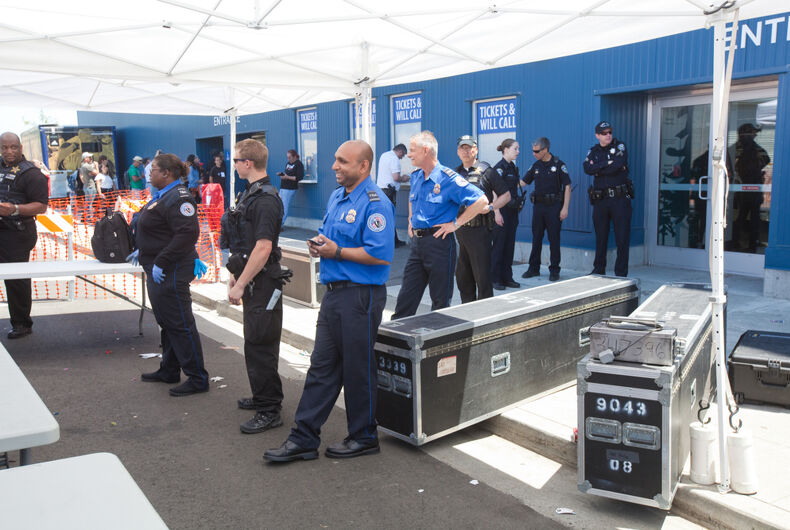 A man who was taking a flight for his honeymoon cruise says he was almost denied entry to the plane because of this mobility device.

Trey Harris has spondylitis, a form of autoimmune spinal arthritis, which sometimes causes pain that keeps him from walking. So he uses a Segway miniPro to get around.

Last month, he was going to go on a cruise with his new husband that departed from San Diego. In order to get there, he had to take a flight from Newark, New Jersey.

Preparing for possible complications due to his mobility device, Harris called both United and the Transportation Security Administration (TSA). The special needs representatives at both organizations approved the device and added an annotation to Harris’s itinerary to avoid any problems at the airport. He was also told he could pre-board with his husband so that the device could be stored in the overhead bin.

Harris says he was able to get through TSA security, but problems started at the gate when he asked to pre-board.

At the gate, Harris was told that an agent had to check whether the device was permitted on the plane. He was ultimately told that he couldn’t bring it with him, citing a notation on Harris’s itinerary:

passenger was advised he would NOT be allowed to board with device, and the device will not have to be checked, provided he can place device in overhead without crew assistance. Transferred passenger to TSA for clearance of device through security

Harris pointed out that he thought the “NOT” in the first sentence was a typo considering that the later sentences assume that he would be boarding the plane with the device, but United staff did not change their minds.

While other passengers were boarding, Harris called the special needs representative again who confirmed that the device was permitted. United staff called their manager, who said the device wasn’t allowed, and also asked the TSA and the captain who both approved the device, but did not change their minds.

Afraid that the flight would leave without them, Harris and his husband decided to leave the device at the airport and rent a scooter for several hundred dollars in San Diego. Another passenger called him an “entitled idiot” because the incident delayed the flight, and Harris received voicemails during his honeymoon from United telling him that he had “abandoned a hazardous material” at the airport and that he might be arrested upon his return.

He got his device back when he returned to Newark and was not arrested.

Harris says he doesn’t want any compensation for this, just an apology. United has not commented on this story.