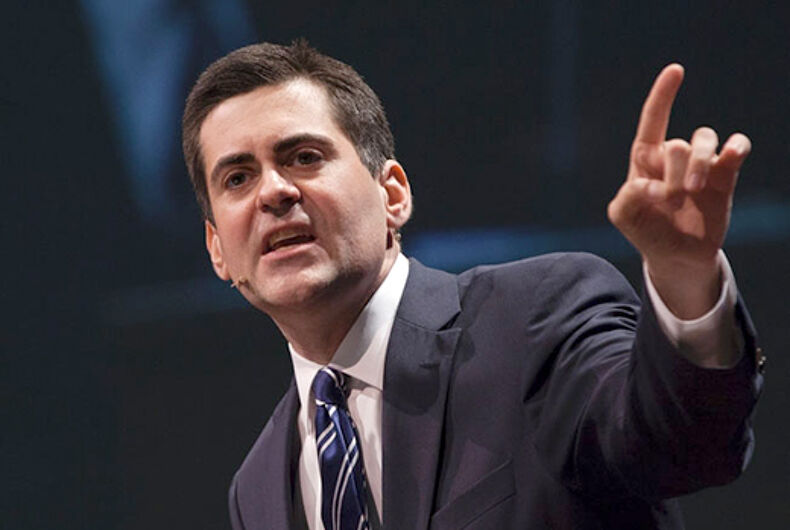 One of the few positive signs to come out of the last election cycle was the willingness of some religious-right leaders to call Donald Trump out for not following Christian principles. You would think this was obvious. After all, Trump is a twice-divorced casino owner who brags about sexual assault and celebrates the Sabbath on the golf course.

But political expediency beats eternal verities every time. Embracing a philosophy that the end justifies the means, most conservative evangelical leaders backed Trump with a fervor that should be reserved for the Second Coming. Now they are extracting vengeance on those who dared to dissent.

The chief victim is the highest profile: Russell Moore, president of the Ethics and Religious Liberty Commission at the Southern Baptist Convention. Last fall, Moore famously declared that Trump was “someone who not only characterizes sexual decadence and misogyny, brokers in cruelty and nativism, and displays a crazed public and private temperament — but who glories in these things.”

For this excursion into accuracy, Moore has been paying dearly. He was publicly threatened with the loss of his job by his boss, Frank Page, who was happy to blab to the media in advance of a meeting between him and Moore. “If the meeting doesn’t goes well, I’m fully prepared to ask him for a change in his status,” Page said in a thinly veiled warning.

Page was feeling the heat as well, since more than 100 churches said that they would pull funding from the SBC because of Moore. (To put the threat in perspective: there are 46,000 churches in the SBC.)

Moore was able to hold into his job largely by groveling. “I can—and do—apologize for failing to distinguish between people who shouldn’t have been in the same category with those who put politics over the gospel and for using words, particularly in social media, that were at times overly broad or unnecessarily harsh.”

But Moore is now on a short leash. “His wings are clipped, and they might get amputated,” said Bill Leonard, a professor of Baptist studies at Wake Forest University’s School of Divinity. “If he stays, he is certainly neutered on many of these issues. He’s got to be silent. He can only primarily speak out on issues that the Republicans and Trump administration would promote.”

Moore had been an advocate of putting faith above politics, a move that aligns him with many younger evangelicals. Instead, he got a lesson in how much his church is just a wing of the GOP.

It’s not as if Moore is liberal, by any means. He’s suggested that believers boycott same-sex weddings, even of their own children. But the evangelical movement has conflated conservative religious principles with the Republican party. Even the advent of the heathenish Trump can’t make the leadership rise above its temporal concerns.

So Trump can, as he himself put it, shoot someone on Fifth Avenue and conservative Christians will turn the other way for want of a Supreme Court appointment. If that’s not the definition of putting Mammon above God, then nothing ever will be.