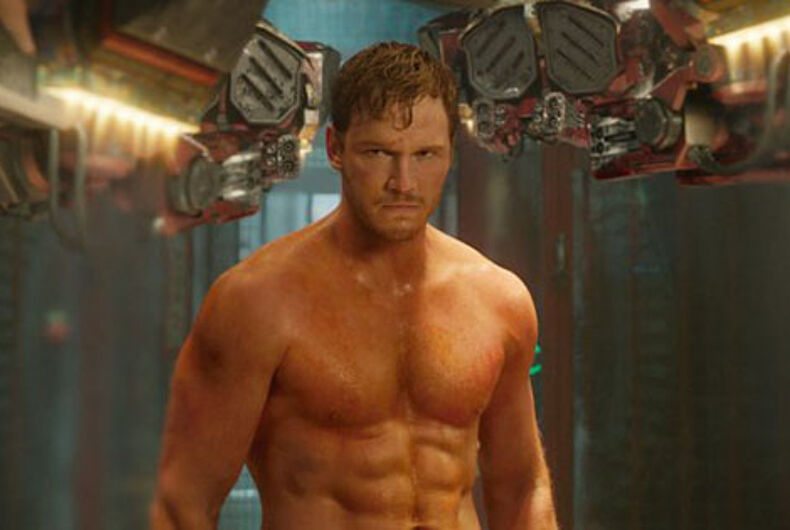 As part of the hyperspace-sized promotion blitz for his highly anticipated blockbuster summer sequel, Chris Pratt told reporters Guardians of the Galaxy, Vol. 2 is “emotionally driven, character driven, relationship driven, epic space supernova that explodes and it’s bigger, brighter, faster than any movie you have ever seen.”

Relationship driven? To date, Marvel does not have even one franchise character who is LGBTQ. But director James Gunn dropped a hint this week that one of the relationships audiences will see on the big screen might break new ground.

Speaking at the movie’s world premiere in Hollywood, Gunn was asked whether he’d considered featuring a gay protagonist this time around, to which he said: “Absolutely. I would love to be able to,” reported Gay Star News. We might have already done that. I say watch the movie. Check it out. See what you think.”

Of course, if Gunn is just teasing his LGBTQ fans, he’ll get another shot when he directs Guardians of the Galaxy, Vol. 3. Until then, audiences in the U.S. will see for themselves May 5.