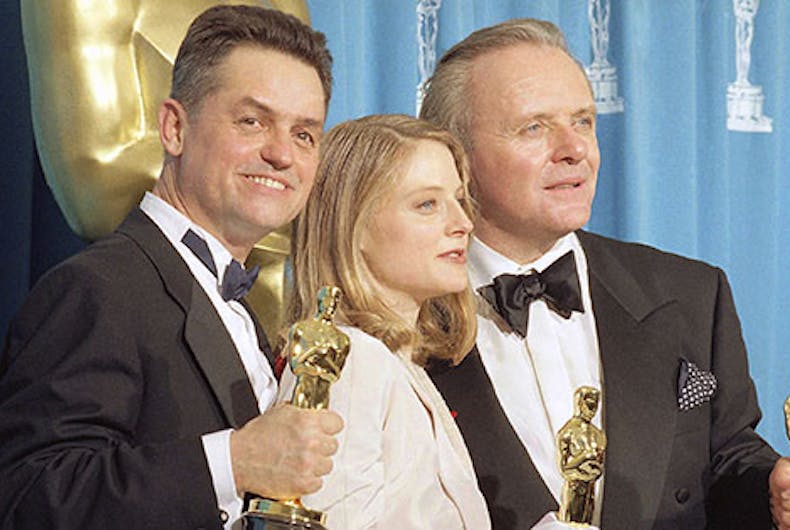 Jonathan Demme, the creative genius who brought to the screen the diverse stories of an attorney dying from the complications of AIDS and a nightmarish serial killer, died Wednesday in New York City. He was 73.

Silence of the Lambs earned Demme an Academy Award for directing as well as Best Picture and a slew of other accolades. The 1991 thriller starred Anthony Hopkins as Hannibal Lecter and Jodie Foster as an FBI analyst who needed his help to catch a serial killer.

But it was his next film, Philadelphia, that changed Hollywood, and provided a badly needed message of acceptance for the much-maligned gay community.

The 1993 drama starred Tom Hanks and Denzel Washington and was the first major motion picture in America to confront the AIDS crisis. The landmark film stands the test of time in its portrayal of gay life and injustice, subjects that the movie and television industry had largely ignored.

Hanks called him “the grandest of men.” ”Jonathan taught us how big a heart a person can have, and how it will guide how we live and what we do for a living,” said the actor.

“I am heart-broken to lose a friend, a mentor, a guy so singular and dynamic you’d have to design a hurricane to contain him,” Foster said in a statement. “Jonathan was as quirky as his comedies and as deep as his dramas. He was pure energy, the unstoppable cheerleader for anyone creative. Just as passionate about music as he was about art, he was and will always be a champion of the soul.”

He was born Robert Jonathan Demme on Long Island on Feb. 22, 1944. His family moved to Miami where he attended the University of Florida, which is where he wrote movie reviews for the school paper.

In 1971, he went to work as a publicist and then started directing for Roger Corman.

Demme’s breakthrough was the Oscar-nominated Melvin and Howard, starring Jason Robards as Howard Hughes. The 1980 film is centered on the owner of a gas station in Nevada who claims he will inherit the billionaire’s fortune.

Demme loved music and movies about music, and is responsible for what the Associated Press called one of the most seminal concert films ever made, the Talking Heads’ Stop Making Sense.

Demme most recently directed an episode of the Fox police drama Shots Fired, scheduled to air Wednesday night, just hours after his death. The cause was esophageal cancer and complications from heart disease, according to Indiewire, which first reported the news. Demme was first treated for heart disease in 2010.

Demme was divorced from Evelyn Purcell, and is survived by his wife, artist Joanne Howard, and their three children: Brooklyn, Romana and Jos. In lieu of flowers, his family askes that donations be made to the Americans for Immigrant Justice.