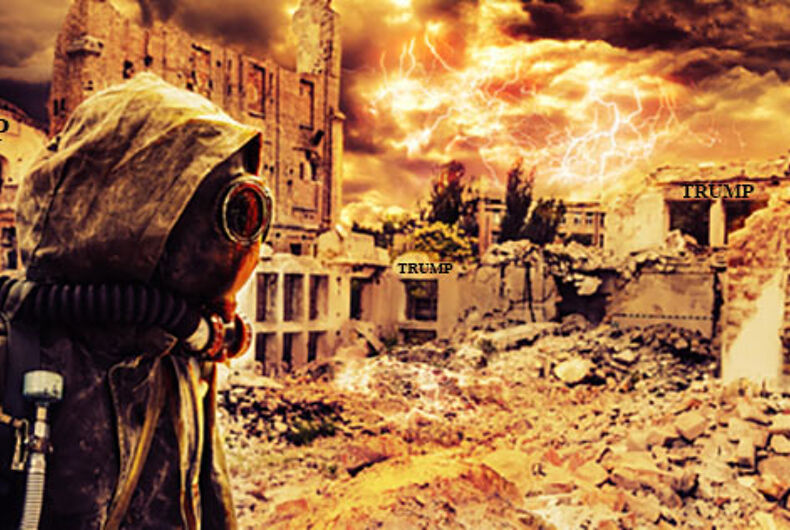 The Obama administration conducted an extensive study, its National Climate Assessment, which found conclusively that our global climate is, in fact, changing, and this is due primarily to human activity, in particular, to the burning of fossil fuels.

The assessment investigated approximately 12,000 professional scientific journal papers on the topic of global climate change, and it discovered that in the articles expressing a position on global warming, fully 97 percent authenticated both the reality of global warming and the certainty that humans are the cause.

Additional studies report that we will be experiencing more category 4 and 5 hurricanes, and the beginning of the depletion and ultimate total collapse of glaciers in Antarctica, which can continue to raise worldwide sea levels an additional 4 feet. This depletion is now irreversible.

What seems obvious to the scientific community seems like science fiction to many key politicians, including Donald Trump and members of his administration. Trump chose to lead the Department of Energy former Texas Governor, Rick Perry, who admitted he was unaware of the function of the department he was to administer, and who, in his infamous “oops” moment in his run for the presidency in 2012, actually forgot that this was one of the three federal agencies he intended to eliminate.

To head the Environmental Protection Agency, Trump picked Scott Pruitt who contradicted reliable scientific evidence when he stated he doubts that carbon dioxide is a primary contributor of climate change:

“I think that measuring with precision human activity on the climate is something very challenging to do and there’s tremendous disagreement about the degree of impact, so no, I would not agree that it’s [CO2] a primary contributor to the global warming that we see.”

This aligns with Trump’s statement on the campaign trail calling climate change “a hoax” perpetrated by the Chinese, even though the EPA’s conclusion on its website states, “Carbon dioxide is the primary greenhouse gas that is contributing to recent climate change.”

In his brief time in office, Trump has declared war on the environment by proposing a substantial budgetary reduction of an estimated 24 percent and a staff cut of 20 percent to the EPA, consideration of lower automobile emission and fuel efficiency standards, relaxation of prohibitions against dumping toxins like coal ash into streams and rivers, reinstatement of the potentially environmentally damaging Dakota Access and Keystone oil pipelines, and increased coal mining, natural gas, crude and scale oil drilling.

In his recent wide-ranging executive order, he further reversed Obama-era environmental protections by reducing governmental regulations on the coal and oil industries that were intended to curb greenhouse gases. Specifically, Trump repealed Obama’s moratorium on coal mining on federal lands and on coal-fueled power plants, and advised federal agencies to “identify all regulations, all rules, all policies… that serve as obstacles and impediments to American energy independence.”

As notable individuals and groups have denied the Nazi extermination of millions and millions of Jews during the Holocaust against mountains or irrefutable evidence to the contrary, the climate deniers, including Donald Trump and significant numbers of his Grand(?) Old Party are perpetrating a delusional fraud against volumes of irrefutable evidence to the contrary that if allowed to continue, will end in the extermination of all life on this planet.