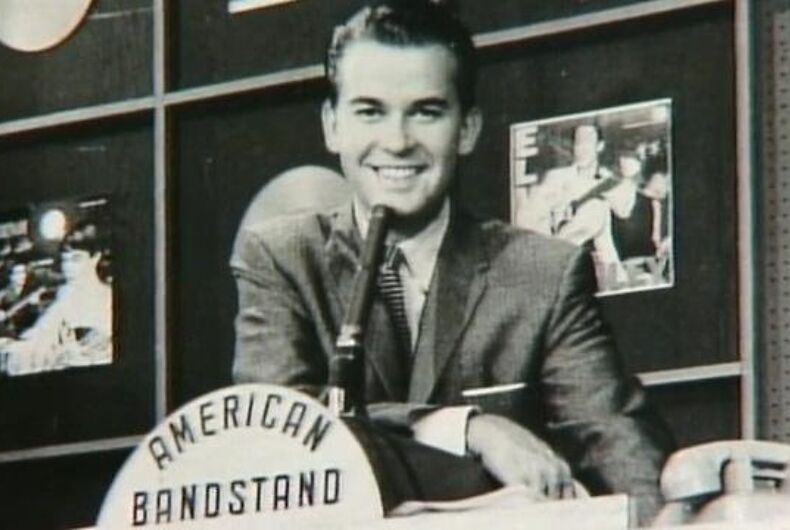 Did Dick Clark hide the homosexuality of its star dancers on television’s American Bandstand? That’s the claim of two of the dancers. Ray Smith, now 74, is the coauthor of a self-published book, Bandstand Diaries, that dares to bare the secrets of the show.

The after-school staple of 1950s teenage life, featuring attractive young dancers, pop stars and their music, hosted by “America’s oldest teenager,” Clark himself, inspired John Waters’ Baltimore-based film, Hairspray. But according to Smith, the drama behind the scenes was not racial tension as much as gay sexual trysts.

“The one thing that really shocked me,” Smith told the New York Post, “was that those boys who were 14 and 15 and 16 were sleeping with each other.” Smith himself is gay.

Smith told the paper he was “shocked” to learn that “most of the guys on Bandstand, so many of them, were gay,” and that Clark was “determined” to keep the homosexuality of popular Bandstand regulars a secret.

The illusion Bandstand perpetuated for fans across the country was that Arlene Sullivan, who secretly liked girls, was in a romance with her on-screen companion, Kenny Rossi, who was straight. Sullivan, Smith’s coauthor, wrote it was little more than made-for-TV “puppy love.”

“We were the first reality show,” she wrote.

“Parents across America would never, never have allowed their kids to put Bandstand on,” she continued.

Like Smith, she wrote that exposing her true sexual preference and that of others on the show to the public in the days before Stonewall and the acceptance of the LGBTQ community would have led to it being taken off the air.