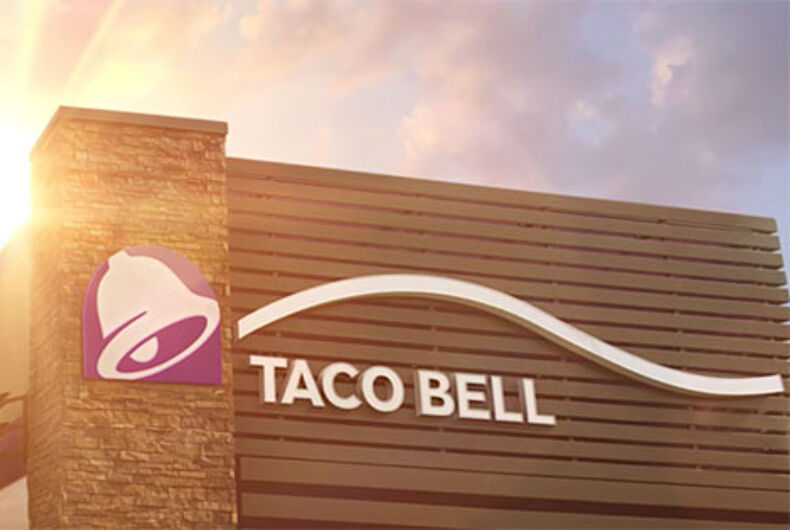 Is One Million Moms — the far right-wing conservative group of not even close to a million — running out of things to complain about?

Their latest point of outrage is a light-hearted commercial for fast-food giant Taco Bell, which focuses on a schlump whose day is just not going very well and it’s not even 9 a.m.

The poor man is hounded by work email, and his worst fear is that the promotion he’s due will go to Nick, “and he’s a suck-up,” as the jingle singer croons.

The solution to all his problems, of course, is to start his morning with a Taco Bell burrito for just one dollar, because, as the ad promises, “When your morning is hell, just go to Taco Bell!”

And that, dear viewers, is where 1MM draws the line. It sent an email blast to its far fewer than one million followers:

“Taco Bell is following a trend in crude commercials. While a few fast food restaurants are cleaning up their ads, Taco Bell decided to air a commercial that includes foul language. The newest Taco Bell commercial says, “When your morning is hell, just go to Taco Bell.” They should not use the word hell in a jingle. We all know children repeat what they hear.

“Taco Bell’s “Morning is hell” ad is irresponsible and offensive. This inappropriate advertisement is airing during primetime when children are likely watching. It is extremely destructive and damaging to impressionable children viewing the commercial.

“TAKE ACTION: Please contact Taco Bell through our website and ask the company to pull the current ad immediately! Also, encourage Taco Bell to be more responsible in future marketing campaigns. If Taco Bell wants our business, it must no longer use foul language in its ads.”

Watch the “offensive” ad yourself below, via YouTube. And be prepared to wash out your mouth with soap if a mom catches you singing along.