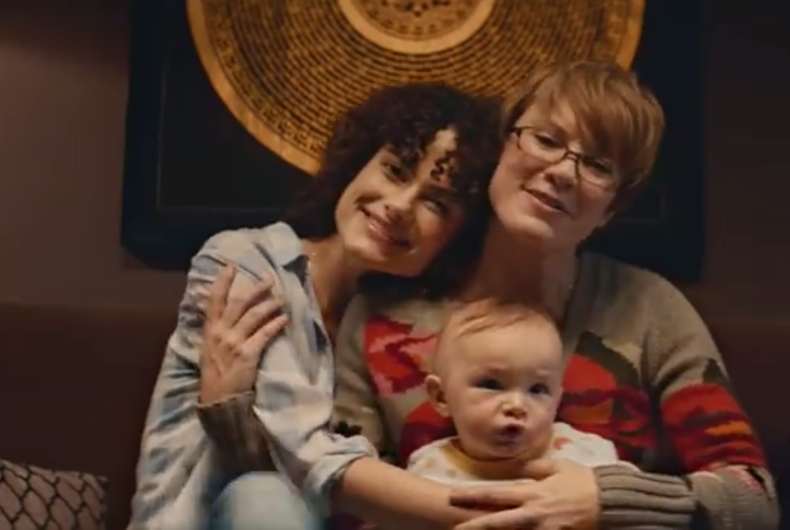 A new ad campaign from telephone company Deutsche Telekom featured a lesbian couple and their baby as well as a group of drag queens as different kinds of families.

The campaign, “Für alle, die Familie sind” (“For people who know they’re family”) is for a new mobile plan that allows people to order additional SIM cards for people in the same family. Deutsche Telekom wanted to show that heterosexual nuclear families are not the only families eligible for the plan.

“Family today no longer means a just a nuclear family, with a father, mother and children. In our new campaign, we emphasize that because the Family Card is not aimed solely at families in the conventional sense,” explains Michael Schuld, Head of Communication and Sales Marketing at Deutsche Telekom in a press release.

The ad campaign has gotten some negative responses. Beatrix von Storch, a member of the European Parliament for the ultra-conservative Alternative for Germany party, tweeted, “Fathers are irrelevant. Says the Telekom.”

The new commercial will air on all major television channels in Germany.

Will Montana pass an inclusive nondiscrimination law this year?