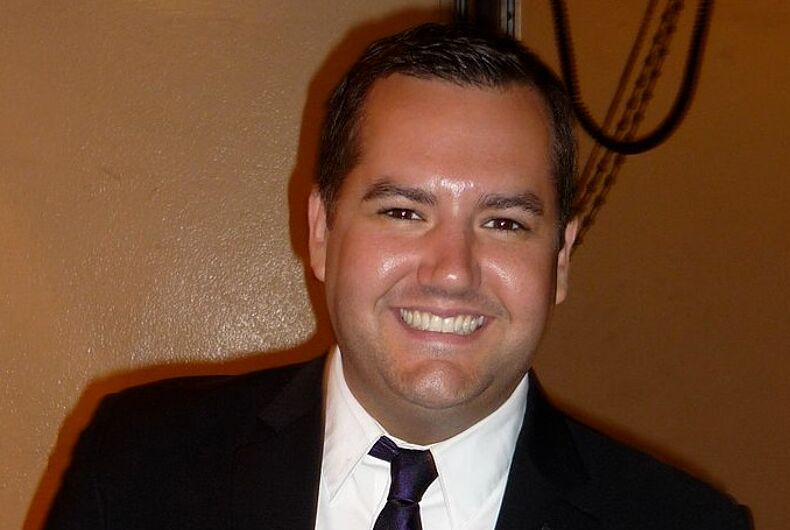 Ross Mathews is widely known for his role as "Ross the Intern" on "The Tonight Show with Jay Leno."Photo: Wikipedia

Milo Yiannopoulos, during his press conference announcing he was leaving Brietbart over his defense of pedophilia, said he receives letters from parents thanking him for showing that their gay kids “won’t end up like Ross Mathews.”

He did not show any of those letters.

This is probably a reference to Mathews’s flamboyant nature. It’s an old insult, when a gay man who imagines himself to be “straight-acting” takes a pot shot at gay men who are proud of who they are. It always comes from a place of insecurity.

Gay men who are mired in self-hatred think that if they can show that they are good gays, that they don’t fit the stereotypes that straight people use to denigrate gay people, then straight people accept them as equals.

Of course, that’s not true. Acceptance doesn’t come from pretending to be someone else… that’s pretty much the opposite of the definition of acceptance.

In the end, he just looks sad. Considering how media-savvy Milo thinks he is, it’s just weird that he doesn’t know how silly this makes him look.

Ross Mathews responded in a Facebook video and showed Milo what an actual strong gay man looks like. Unsurprisingly, strength looks likes the opposite of Milo.