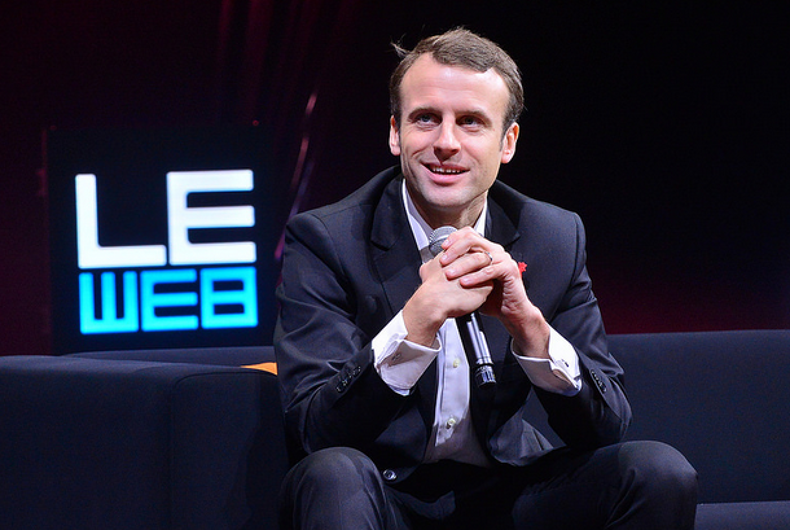 Emmanuel Macron is married to Brigitte, who he met when she was a teacher at his high school.Photo: Flickr/LEWEB

Independent candidate Emmanuel Macron joked about rumors that he’s gay at a rally this past Sunday.

At a rally at a theater, the Macron, 39, said, “I am what I am, and I have never had anything to hide. I’ve heard it said that I am duplicitous, that I have a hidden life or something like that… It’s not nice for Brigitte [his wife], and since I share my days and my nights with her, she wonders how I do it…. If when you’re out to dinner, or in a chain email, someone tells you that I have a double life with Mathieu Gallet [president of Radio France] or someone else, it’s my hologram that suddenly escaped me, but it certainly cannot be me.”

Macron’s communications director Sylvain Fort told Le Parisien that the candidate has been the target of email rumor saying that he’s a closeted gay man and that photo evidence would soon come out. Fort accused the supporters of righting candidate Francois Fillon of attempting to deflect attention from a scandal involving Fillon’s wife.

The rumors peaked Saturday when an interview with a surrogate for Fillon was published in the Russian journal Sputnik. The surrogate said that Macron is supported by “a very rich gay lobby,” adding that “means everything.”

The first round in the French presidential election will be on June 11th. If no candidate wins a majority of the votes, the top two candidates will proceed to the second round of voting on June 18th.

Macron, formerly of the center-left Socialist Party, is polling in third place behind Fillon and extreme-right candidate Marine Le Pen. Because the left is divided between several major candidates, the current top-two candidates in polls are both from the right.