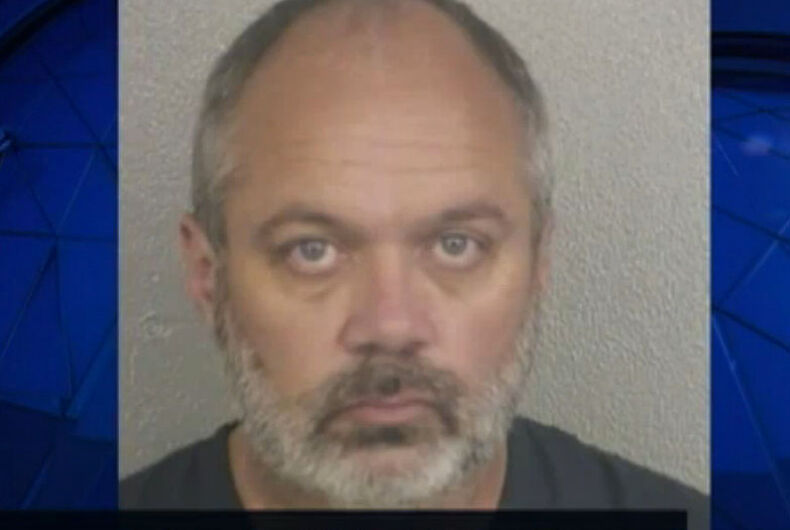 Craig Jungwirth, who landed in hot water over a threat to the gay community is back behind bars.Photo: WTVJ

The Sun-Sentinel reports the decision to drop the case against Craig Jungwirth comes about six weeks after prosecutors publicly acknowledged in court that the evidence against him was “weak.”

The 50-year-old Jungwirth of Orlando was charged with interstate transmission of a threatening communication.

An FBI affidavit said Jungwirth posted threats on Facebook against LGBT people in Wilton Manors, Florida, which has a large gay population. In August, the affidavit said, Jungwirth threatened to launch an attack on Labor Day that he said would be bigger than the Pulse gay nightclub shooting in Orlando that killed 49 people and wounded dozens in June.