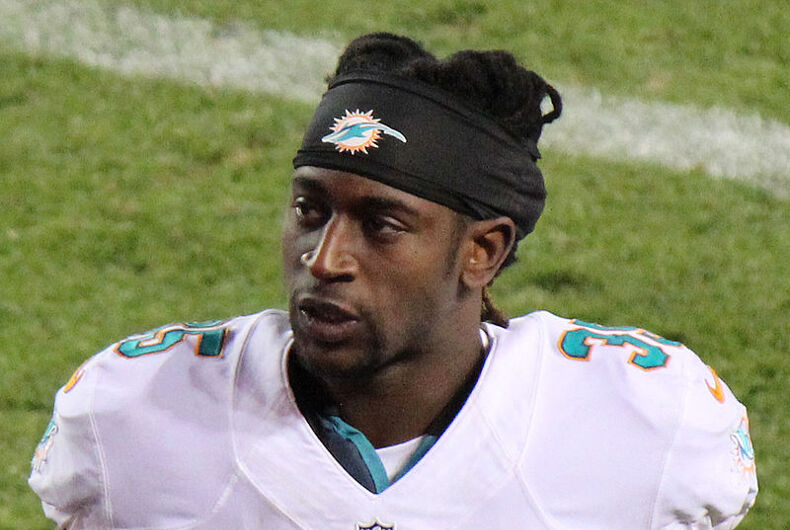 Miami Dolphins defensive back Walt Aikens said he didn't think being gay "has anything to do with anybody’s ability to play football."Photo: Wikipedia

Fourteen pro-football players told a journalist that they would be fine playing with a gay teammate.

There are currently no openly gay players in the National Football League, so OutSports asked 18 players at the Pro Bowl in Orlando whether they would be OK with a gay teammate. Fourteen responded positively, and the other four didn’t answer the question.

Chicago Bears running back Jordan Howard said, “I’m pretty sure we would be supportive. We’ve been bonding together and that wouldn’t change anything too much.”

“It’s amazing that the opinions in the locker room have changed 180 degrees from when I first started playing football to where they are right now,” explained Cleveland Browns tackle Joe Thomas. “I think every locker room in the NFL would accept an openly gay teammate with open arms now, whereas it was such a taboo thing to even talk about when I first got into the league.”

“I would be OK with it. More people are comfortable with it nowadays and I would respect his sexuality,” said New York Jets defensive end Leonard Williams.

Other players, like Vikings running back Harrison Smith, were less supportive but still said they didn’t care. “If you can do your job and you can play, that’s all that matters.”

While these players publicly say that they would be fine with a gay teammate, there still isn’t an out football player in the US. Michael Sam was selected for the St. Louis Rams in 2014 but was released before the first game. Other players came out after retiring from the NFL.