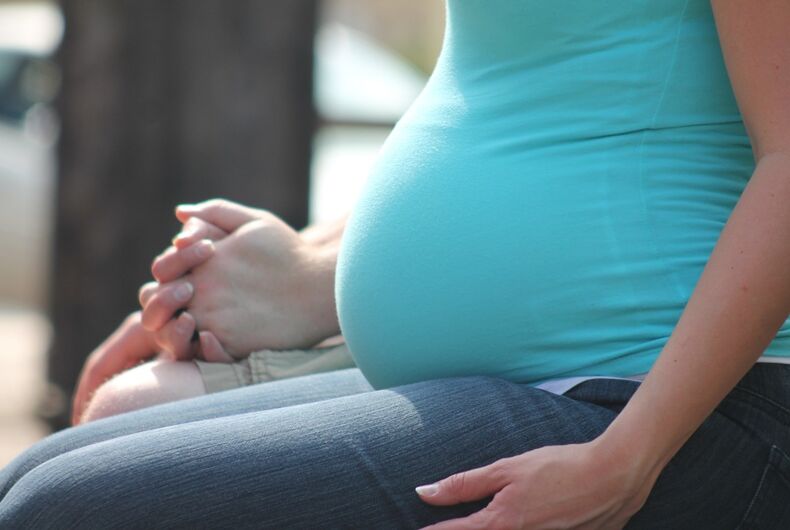 A Southern state government is meddling in bathroom affair again. No, it’s not another anti-trans bathroom bill like North Carolina’s House Bill 2, but instead a mission to create “an abortion-free society.”

How will they accomplish this massive feat, you ask? Why with signs in public bathrooms, of course.

According to the law, they are to read:

There are many public and private agencies willing and able to help you carry your child to term and assist you and your child after your child is born, whether you choose to keep your child or to place him or her for adoption. The State of Oklahoma strongly urges you to contact them if you are pregnant.

Due to the vague language of the bill, many were lead to believe that the signs would be mandatory and that business owners would have to foot the bill.

State Senator A.J. Griffin, who sponsored the law, said in a statement to LawNewz.com that there will be no penalty for not posting the signs and no reward for doing so. Questions remain regarding what it means that the health department will make signage available.

“It appears the department has interpreted that as make electronically available but not print (versions of the signs),” Griffin said, but added that was not the original intent. She said she will make changes to the language of the bill to make clearer the intent and message of the law, which is not set to take effect until 2018.

Additionally, provisions in the law include development of educational materials for schools “to teach the humanity of the unborn child.” While this is left up to the discretion of the schools themselves, the law instructs that they are not to include any sex education “other than those included in science education standards.”

Humanity of the Unborn Child Act by LawNewz on Scribd

As a gay Jewish man, I didn’t do enough to help the people of Aleppo