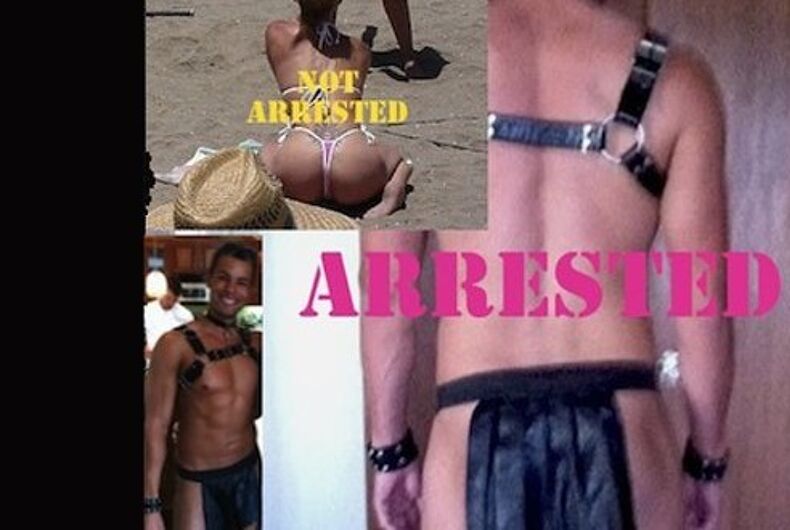 SAN DIEGO (AP) — A man who lost a lawsuit against San Diego police who arrested him for nudity during a gay pride festival has apparently committed suicide.

The San Diego Union-Tribune says police were called to the apartment of 35-year-old Will X. Walters Wednesday but it’s unclear how long he’d been dead. The case is under investigation by the medical examiner.

Walters’ attorney, Chris Morris, says he hadn’t heard from his client since the Dec. 13 verdict.

Walters was arrested in 2011 during a gay pride event at Balboa Park for wearing a leather gladiator outfit that didn’t fully cover his buttocks.

Walters sued police for anti-gay discrimination but a federal jury ruled against him.

His legal team has said Walters racked up roughly $1 million in legal costs.