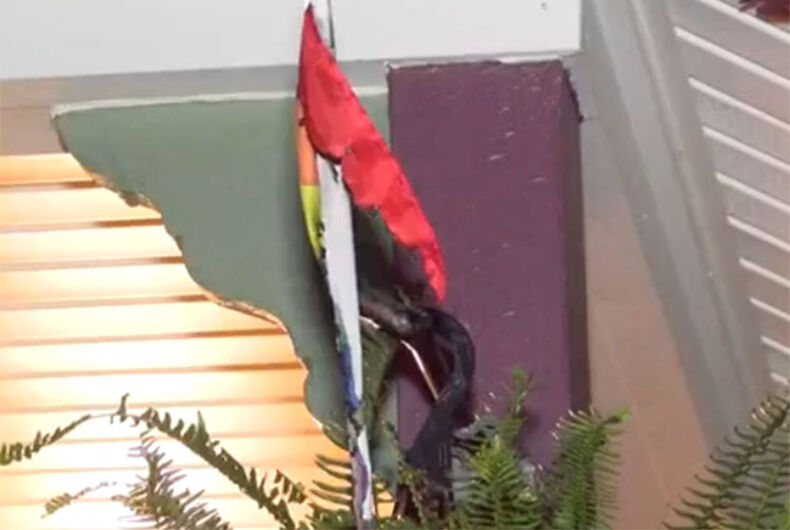 In Rochester, New York, two Pride flags were burned. Although it happened the day after Donald Trump was elected, police have not made any connection between the suspected arson and the election.

Two homeowners, Greg Ventura and Lois Graham, told WROC-TV they believe that this was a hate crime. “They sent out police and firemen to investigate,” said Ventura. “As soon as the word hate crime was used, I realized the severity of the message behind the burning of my flag.”

Ventura’s flag was on a pole attached to his house, which fire officials said endangered the structure because of the flammable vinyl siding on his porch.

“It’s ok to hate now,” Graham told WROC-TV. “That’s the message that’s being spread now, and I know a lot of people that are scared.”

In Detroit, home surveillance video captured two men vandalizing lawn signs for Hillary Clinton and a Pride flag, just days before the election. So far police have no suspects.

Click here to see the report about the vandals in Rochester, via WROC-TV, and click below to watch video from Detroit’s WXYZ-TV.

You need to watch Ellen’s post-election message: ‘There is hope’