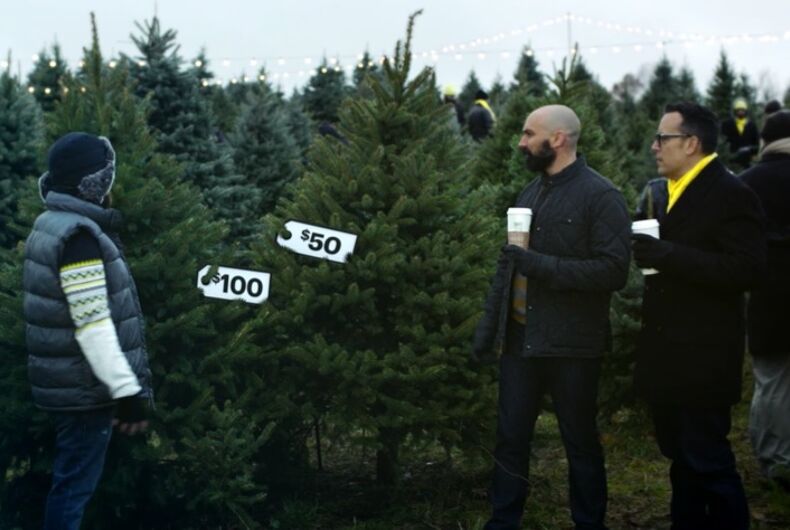 Paul Marcarelli and his real-life boyfriend, Ryan, shop for a Christmas tree in a new Sprint commercial.Photo:

Paul Marcarelli, the openly gay former “Can you hear me now” Verizon pitchman, has a new gig plugging Sprint’s second-rate cell service. If you missed his coming out a few years ago, you’ll catch it now that his boyfriend has joined him in one of Sprint’s holiday commercials.

Marcarelli and his real-life boyfriend, Ryan, go shopping for a Christmas tree as a family in the new spot. Instead of going overboard to let audiences know they’re featuring a gay couple in the ad, the clip flows naturally and without making it a big deal.

Now can someone tell Sprint that “We don’t suck as bad as we did. In fact, we’re still not the best, but, meh, we’re good enough for you.” isn’t exactly a winning strategy to gain new customers? And what does Starbucks think of the prominent product placement since the coffee chain offers free AT&T wireless in their stores? Maybe their new tagline should be: “Sprint. Even when we try, we still fall flat.”