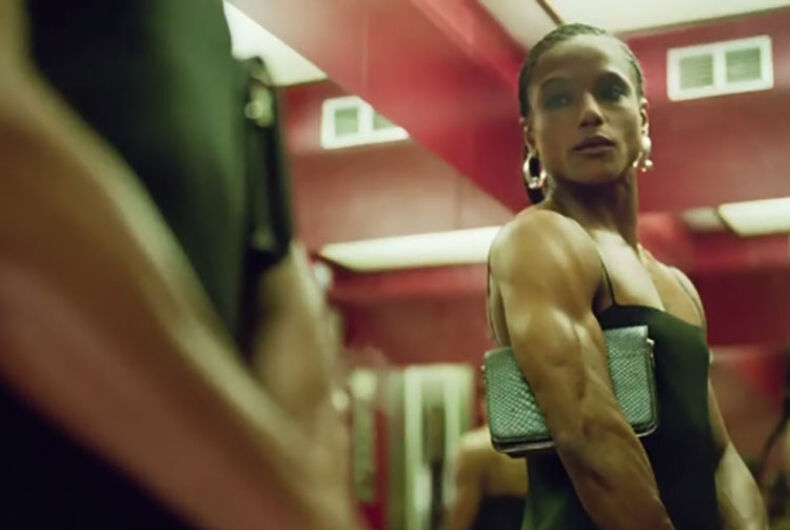 When Sweden-based H&M decided to make a video celebrating how women come in all kinds of wonderful shapes, sizes, and looks and with a wide variety of histories, they didn’t exclude transgender women. And that enraged the One Million Moms group — a female-focused extremist arm of the American Family Association hate group.

The organization launched a boycott of H&M to send a message of intolerance and bias.

Only one problem: they confused a cisgender (non-trans) woman for the trans woman, and completely missed identifying out model and actress Hari Nef as trans.

Here’s the flame post by the group, which PinkNews correctly identifies has only 3,500 mostly-male members.

“1MM is not sure of H&M clothing company’s thought process behind their new television ad, but if they are attempting to offend customers and families, they have succeeded.

“H&M’s newest ‘She’s A Lady’ commercial includes what appears to be a man dressed as a woman in one segment, another woman wearing skimpy lingerie, and ends with two teenage girls kissing while underwater.

“Parents find this type of advertising inappropriate and unnecessary especially since H&M’s target market is teens.

“H&M Marketing Team may have thought this type of advertising was politically correct, but not only is it disgusting and confusing for children, it is pushing the LBGT agenda.

Credit goes to blogger JoeMyGod, for correctly pointing out the so-called “man dressed as a woman” in the ad is actually female Champion Muay Thai Boxer Fatima Pinto, who is not transgender.

Watch the ad for yourself below: