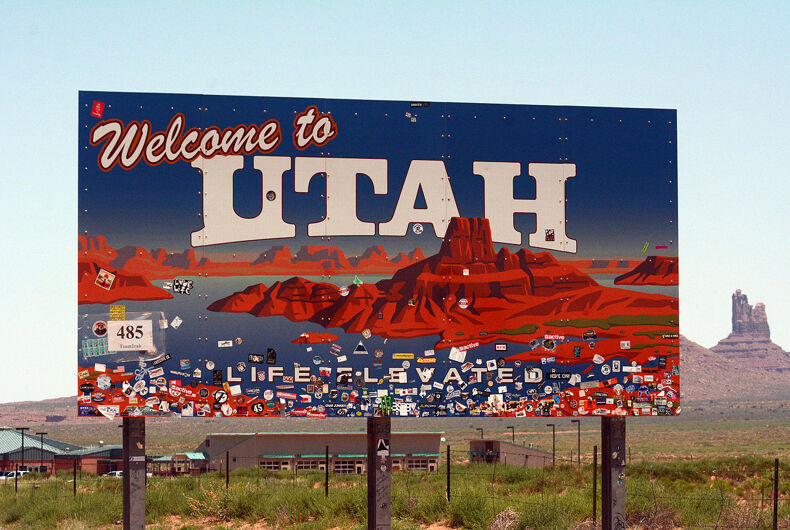 Snow, a transgender woman, challenged the incumbent on a proposal she said would allow discrimination against LGBT people.

“It pretty much legalizes discrimination in the name of religion,” she said.

Lee pushed back, saying his First Amendment Defense Act would protect the tax-exempt status of religious institutions that define marriage as between a man and a woman — like the Mormon church-owned host of the debate, Brigham Young University.

Lee was empathic in his opposition to Trump’s proposals to restrict Muslims from entering the country.

“I’m strongly against any kind of religious test,” he said, though he said the U.S. should carefully vet newcomers.

Lee later said won’t vote for Trump, but he also can’t support Democrat Hillary Clinton. “I have not made a decision on who I’m voting for,” he said.

Lee, unlike many other Utah Republicans, has distanced himself this year from Trump and did not endorse the Republican presidential candidate.

Snow also challenged Lee on his role in the 2013 government shutdown, calling it “no way to lead.”

Lee faulted the president Wednesday for pushing funding of his health care law.

The candidates found some areas of agreement on guns and student loans, though they also differed on climate change.

Lee is heavily favored to win his first re-election run as a popular conservative senator in a largely Republican state.

After the debate, Snow said she’d consider it a victory if she took more than about a third of the vote.

A 31-year-old making her first run for political office after being inspired by Bernie Sanders, Snow’s key issues include paid maternity leave and improving Utah’s problems with air quality.

She works as a grocery store cashier, has generally chosen to empathize her appeal to working class people rather than her transgender status.

“I try not to make this about me,” she said.

Lee, meanwhile, is a lawyer who served as a clerk to Supreme Court Justice Samuel Alito and general counsel to former Utah Gov. Jon Huntsman. He also comes from a prominent legal family.

Mike Lee and his brother were both floated by Donald Trump as potential Supreme Court picks, something the Utah Senator said he’d decline.

One of a number of conservatives elected in 2010 amid a wave of tea party-backed candidates, Lee has lately pushed back against a proposal to name a new national monument in southern Utah’s Bears Ears area and wants to overhaul the criminal justice system to give judges more discretion in sentencing offenders.

Confusion reigns: Does the Catholic Church accept LGBT people or not?