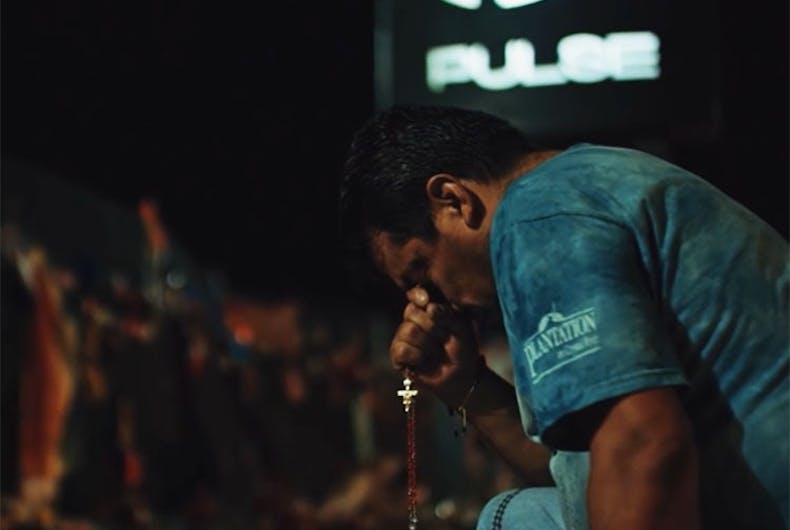 A powerful new video has been released by Equality Florida to herald the announcement that its efforts to help survivors and the families of those killed in the massacre at Pulse nightclub this summer have topped $9.5 million.

The money raised by more than 120,000 donors from over 120 countries will be distributed starting Tuesday, said Nadine Smith, CEO of Equality Florida. She noted 100 percent of the “funds will go to the survivors of those killed and those who were victims, whether they were physically injured or emotionally traumatized,” Smith tells LGBTQ Nation in an email.

Smith said her organization isn’t keeping any money for overhead or fees and that even the interest earned on the funds in the bank will be donated. Equality Florida is also absorbing more than $150,000 in staff time and management of the fundraising campaign.

“Checks are being cut directly to victims to spend according to their own needs which will vary a great deal. We know people lost income, some lost their jobs. Those with serious physical injuries will need to modify their homes and prepare for long-term care. All will need help dealing with the trauma. The decision on how best to spend it is entirely up to each person.”

The release of the video comes as Equality Florida launches a new “Honor Them With Action” GoFundMe campaign, to ensure the important work to help the LGBTQ community and stop gun violence continues.

“Equality Florida made two promises in the aftermath of Pulse,” Smith said in a statement. “The first was to do everything we could to take care of the survivors and the families left behind by this heinous act of hate. Today we’ve kept that first promise. Now our attention must focus entirely on fulfilling the second promise – to honor our dead with action.”

Click here to find out more about the GoFundMe fundraising drive to ban LGBTQ discrimination in Florida and to pass gun violence prevention policies. GoFundMe will match up to $100,000 in contributions to this new Equality Florida campaign, called the “Honor Them with Action Fund.”

Watch the thank you video featuring grateful survivors, advocates and victims’ families and friends, below.

Will & Grace (and Jack and Karen) reunite for election

LGBTQNation is your source for exclusive live debate coverage tonight