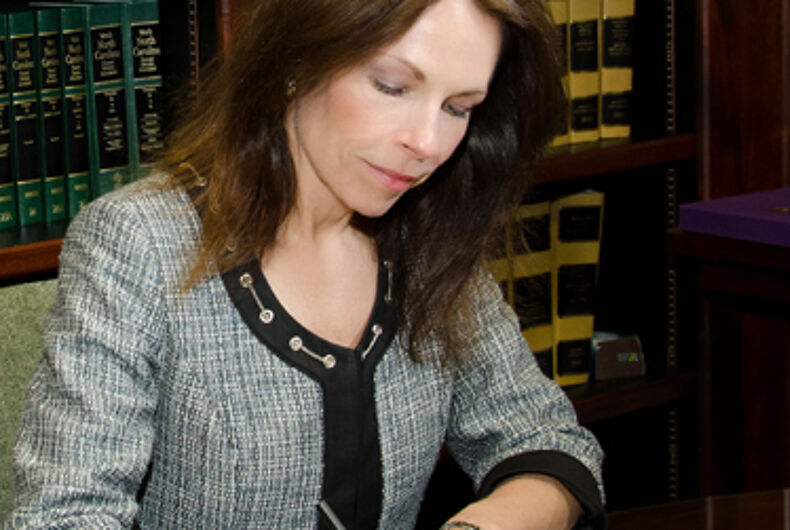 The NCAA’s decision to pull some championship events from North Carolina because of state law that some say can lead to discrimination against LGBT people.

A Republican state senator says the North Carolina legislature should consider repealing the law she and other GOP colleagues approved in March limiting anti-discrimination rules for LGBT people and which bathrooms transgender people can use.

Sen. Tamara Barringer represents Cary, where four NCAA championship events were to occur before the group took them away Monday because of the law known as House Bill 2. Republican lawmakers have been otherwise united either defending the law or only making small adjustments.

Barringer said Tuesday that with the NCAA decision to move events from North Carolina there have been too many “unintended effects” of HB 2.

Supporters of the law say it was designed to keep men or boys from sharing school or government building restrooms or locker rooms with girls. Barringer says she doesn’t want those situations to occur, either.

Barringer is seeking re-election this November to her swing district.

WATCH: Ellen DeGeneres and Michelle Obama cause mayhem in a CVS together