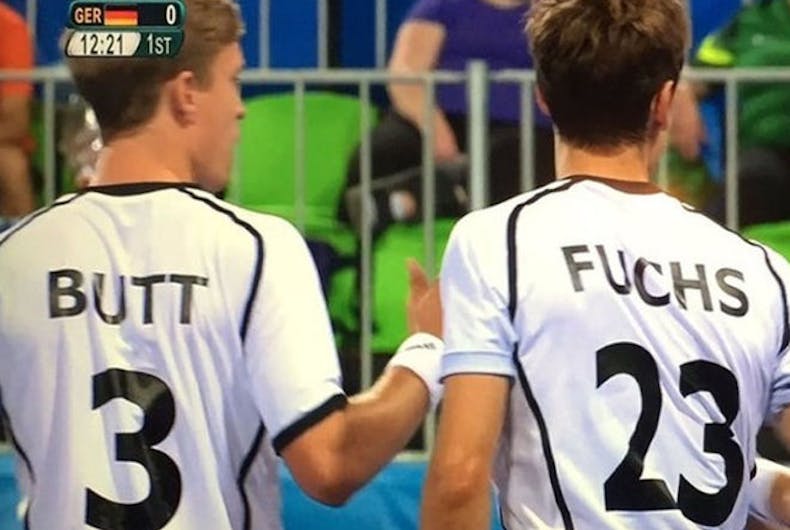 The scene: a living room in Georgia.

The plot: a viewer of the Olympic Games named Kari Kelly saw something unusual during the Germany – Canada field hockey match in Rio De Janeiro, Brazil. Something that prompted her to take her smartphone, snap a picture and tweet it to the world.

This is that picture:

She was not alone, in fact, nor is she the only one who thinks #ImImature is the appropriate response. Poor Linus Butt and Florian Fuchs of Germany are now famous for standing next to one another.

Internet famous, at least. Trending on Twitter is the hashtag #buttfuchs, and here are just some of the juvenile responses:

They should never be side by side… either way it's bad #buttfuchs or #fuchsbutt pic.twitter.com/uF1L7wQuPU

This poor guy got flashbacks.

Well doesn't that bring back memories from my school days 😂 #Rio2016 #ButtFuchs pic.twitter.com/W88SkyJ2SH

At least one Twitter user decided the image wasn’t enough and introduced an ear worm to go along with it.

Give this guy a gold medal for his math skillz.

And here’s one that takes the pun one step too far.