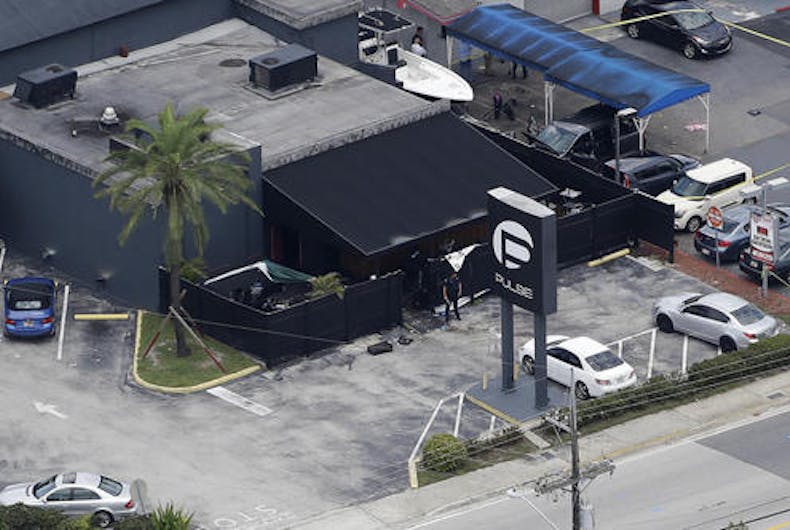 ORLANDO, Fla. (AP) — Friends and relatives of patrons trapped in a gay Florida nightclub where a mass shooting left 49 people dead asked police dispatchers why it was taking so long for their loved ones to be rescued.

Audio recordings of 911 calls released Tuesday by the Orange County Sheriff’s Office show mounting frustration by friends and family members who were texting, calling and video-chatting with trapped patrons of the Pulse nightclub where Omar Mateen opened fire in June.

“My son was shot in the club. … He is still in the bathroom. He is bleeding, and he got shot and nobody is going in for him,” said one caller to 911, almost three hours after the shooting began. “Nobody is doing anything for him.”

The dispatcher told him that a SWAT team was about to go inside the nightclub.

More than an hour and a half after the shooting started, another man called dispatchers a second time, clearly frustrated that his ex-girlfriend hadn’t been rescued from a bathroom where she was trapped with almost 20 others, including two dead people.

“People are shot and dead. … Are you guys sending anybody there?” the man said. “They are all scared to death, and they all think they are going to die.”

“She’s not answering,” he said. He waited for more than five minutes on the line with the dispatcher, getting no response from his ex-girlfriend, before the dispatcher told him she needed to free up the line.

The sheriff’s office took overflow 911 calls when Orlando Police Department dispatchers were inundated. The recordings show sheriff’s dispatchers mostly got busy signals when they tried to transfer calls back to police.

The media groups argue that the recordings will help the public evaluate the police response, but the city of Orlando claims the recordings are exempt under Florida public records law, and that the FBI insists releasing them may disrupt the ongoing investigation.

Mateen was killed by a police SWAT team after firing at the officers, ending a standoff that had lasted for more three hours. In addition to the fatalities, 53 club goers were hospitalized.

In explaining the timeline of the police response, Orlando Police Chief John Mina has said the shooting became a hostage situation, requiring officers to “re-evaluate, reassess what is happening and make sure all the pieces are in place.”

The sheriff’s dispatchers sound calm and sympathetic on the 911 calls. They took down names and identifying traits or clothes, and told callers to tell their relatives or friends to stay in place until officers and deputies at the scene could rescue them. The dispatchers also told callers that officers and deputies were pulling patrons out of the club.

“What I need him to do is just stay where he is and don’t have him do anything or go anywhere until deputies or officers clear the area,” a dispatcher told a mother who was texting her son in the bathroom, about 20 minutes after the shooting started.

Another dispatcher urged a caller not to call or return a text from his friend, who had been shot three times and was hiding in a bathroom.

“Because if he has the phone ringing, making noise or something, we don’t know anything about anything, so at this point, we don’t want any noise around,” the dispatcher said.