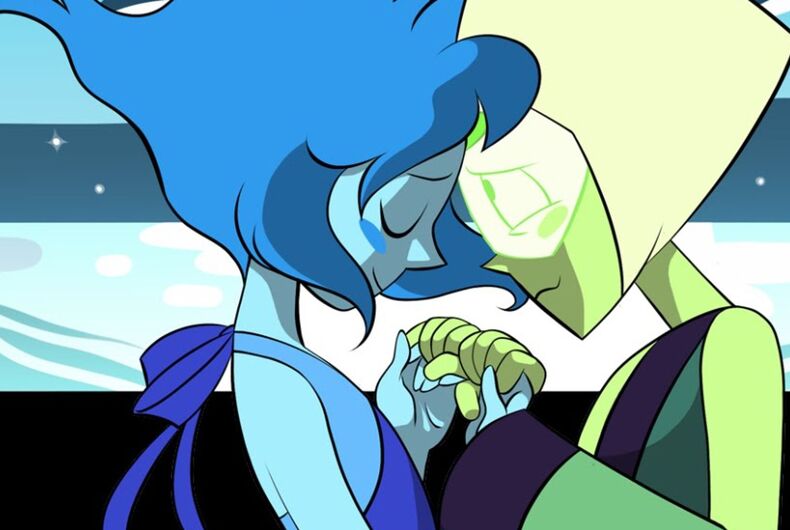 The world of the Cartoon Network program Steven Universe is accepting, LGBTQ-friendly and a haven for powerful female characters. However, some of its diehard fans, reports GayStarNews, can be intolerant to the point of harassment.

That’s what happened to an openly gay storyboard artist on the show, who quit Twitter rather than contend with more abuse from outraged fans.

The source of their outrage was lesbian Lauren Zuke’s Tumblr post, which contained a sketch of two characters, Lapis and Peridot (above), which The Daily Dot revealed is not as popular a pairing as Peridot and Amethyst (below).

Some antigay fans also accused Zuke of ‘queer-baiting’ them with a same-sex relationship on the children’s show.

Although she deleted her account, The Daily Dot published a screencapped copy of her announcement via Twitter that she had had enough, in which she wrote, “Remember you’re tweeting at a literal human being (thats what I am btw) and life exists outside of steven universe.”

Watch a clip from Steven Universe below.