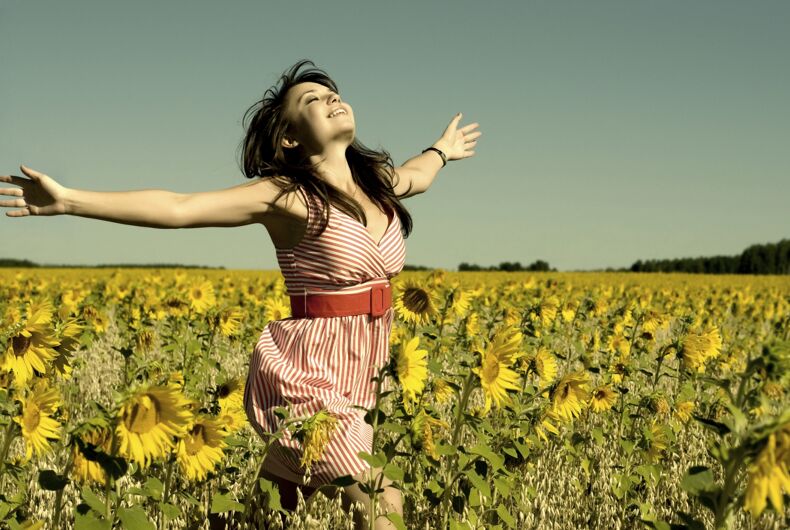 Look out farmer friends, “lesbian and transgender hillbillies” are coming to ruin your small towns and bucolic views. How do we know? Because crack rightwing journalists and radio show hosts have discovered a plot by the Obama administration to give lesbians money to buy farmland and chickens.

The 15th annual Nationwide LGBT Rural Summit was held on August 18 in Iowa – and conservative media is up in arms over and event aimed to bring LGBT people who live in rural areas together. Co-sponsored by the US Department of Agriculture and the National Center for Lesbian Rights, the small conference became a big deal to folks like Rush Limbaugh and the Washington Free Beacon.

“The all-day summit will teach lesbian and transgender hillbillies how to get subsidies from the government like rural housing loans and ‘community facility grants.’ Bullying will also be discussed,” the Beacon wrote.

“Have you heard the latest Democrat scam? Have you heard about the Agriculture Department’s financial grants to lesbian farmers? You think I’m making this up?” Limbaugh asked his radio audience. “See, this is how they do it. What the point of this is, folks, it’s not about lesbian farmers. What they’re trying to do is convince lesbians to become farmers.”

“I’m like you; I never before in my life knew that lesbians wanted to be farmers. I never knew that lesbians wanted to get behind the horse and the plow and start burrowing. I never knew it. But apparently enough money can make make it happen, and the objective here is to attack — they’re already attacking suburbs, and that has been made perfectly clear by what happened in Milwaukee. And they’re going after every geographic region that is known to be largely conservative. They never stop, folks. They are constantly on the march.”

Apparently Limbaugh has never heard about lesbian communes – or tractors. And, dear God, no one tell him about The Fabulous Beekman Boys.

Is Donald Trump running for president or CEO of Trump News Corp?