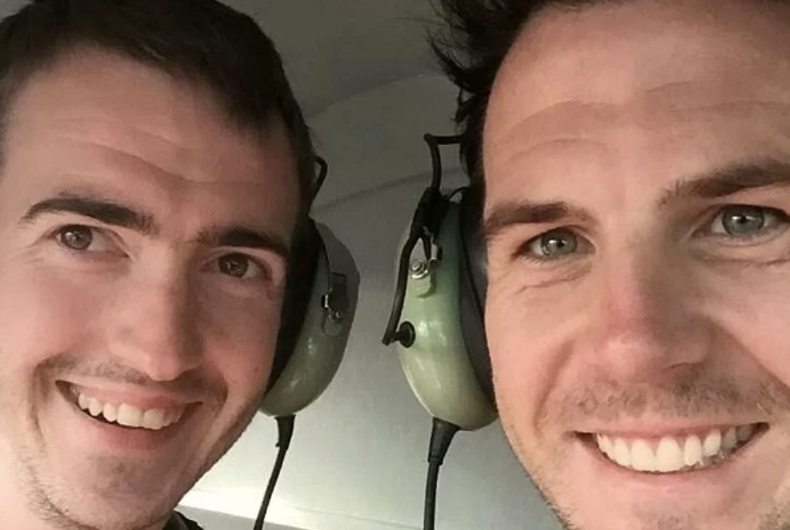 Crappy landlords. We’ve all had one or two over the course of our adult lives. It’s just the reality of being a renter. But chances are you’ve never had one quite like Olly McLellan and Scott Cole’s.

The couple just went public with their landlord horror story, which includes no shortage of nasty notes, passive aggressive parking insults, illegal trespassing, trash dumps, and harassment all garnished with a healthy serving of homophobia.

“His behavior was just shocking because homosexuality and same sex marriage is not unheard of anymore,” 32-year-old Olly tells Metro.

It all started back in January when the guys moved into a house owned by landlord Jason Gwillim. According to the couple, everything was fine at first. Until Gwillim learned that they were gay. That’s when he started blocking their driveway with his car and ignoring repairs.

“I’m not sure if the estate agents told him before we moved in that we were gay, they thought two guys were moving into a two-bed house,” Olly continues. “But it’s got nothing to do with him whether we’re just friends or in a relationship so long as we pay the rent on time.”

The situation quickly escalated. Olly says Gwillim began letting himself into the house when they weren’t home, and shouting homophobic slurs at them whenever he saw them.

“He was there all the time and was shouting abuse at us like ‘poofs’,” he recalls. “It was just a nightmare. We were scared to come home if he was there and to leave the house if he was outside.”

“It got to a point where we got home for work and saw him in the house,” he says. “We went and waited in a supermarket carpark until he had gone.”

When they tried reporting Gwillim to authorities, the men were told it was a civil matter and police could not intervene. Six months into their 12-month lease agreement, they finally reached their limit and moved out.

They found another house located more than ten miles away. But shortly after moving in, they returned home to find the following note:

Days later, piles of rotting trash and yard waste were dumped on their front doorstep.

While the couple isn’t sure Gwillim is behind these latest incidents, they still reported everything to police.

“Police are investigating following an incident at an address in Rickmansworth,” a spokesperson said. “It has been reported that a card containing an offensive message was delivered to an address and that bags of rubbish and grass trimmings were left outside the front door.”

All the men want is to live their lives in peace, but they fear that may never be possible.

“We spent seven months being so paranoid, from moving out of that house into a new one felt like we’d finally not have to worry,” Olly says. “But then to realize he’d found us and sent us more abuse was just unbelievable.”

“We didn’t think he would know where we live and now we’ve just been left worrying about when he’ll next attack us.”