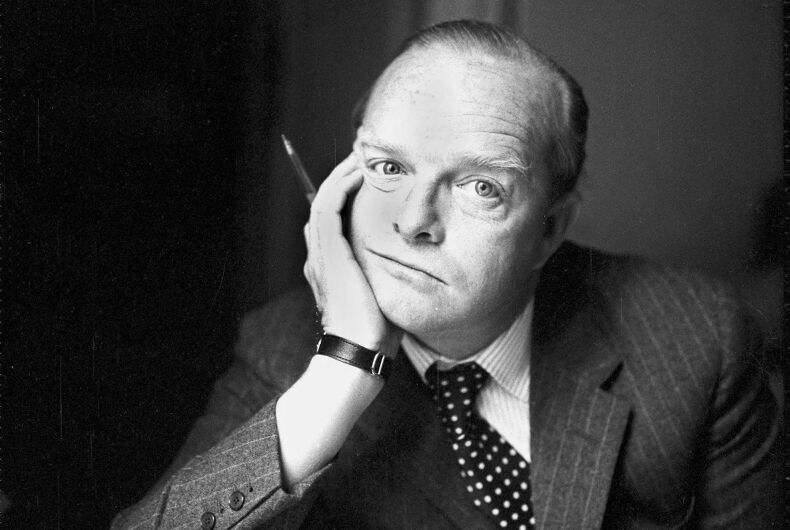 The remains of novelist and playwright Truman Capote’s will be auctioned off in late September as part of a sale being marketed as a rare “peek inside the lives of some of Hollywood’s most private stars.”

“I am sure people are going to think this is disrespectful,” Darren Julien, the auction house’s CEO, told Vanity Fair. “But this is a fact: Truman Capote loved the element of shock. He loved publicity. And I’m sure he’s looking down laughing, and saying, ‘That’s something I would have done.’ He was a larger-than-life character.”

“We contemplated doing it, but because they are Truman Capote’s,” Julien, who purchased the ashes from Joanne Carson’s estate, said, “this is probably what he would have wanted done. I’ve never heard of ashes being sold before, but between us and Christie’s and some other auction houses, we’ve sold some crazy other things. But I think this will be at the top of the list.”

When the magazine questioned the ethics of selling human remains, Julien was adamant that everything was legal.

“Yeah, but it’s really body parts [that you have to worry about],” he replied. “You can’t sell things like that. But, I will say, Christie’s sold Napoleon’s penis years ago. And we sold William Shatner’s kidney stone for $75,000. There’s all kinds of precedents for this. Like I said, if it wasn’t Truman Capote, we would pass because we wouldn’t want to be disrespectful. And the antics he was always up to, and how much he loved press—it’s no question that that is something he would have wanted done.”

The famously outgoing celebrity journalist died while staying at Johnny Carson’s mansion. Capote’s remains were divided equally between the comedian and Capote’s “companion,” Jack Dunphy. The remains were stolen twice over the years before being sold to the auction house following the death of Carson’s wife.