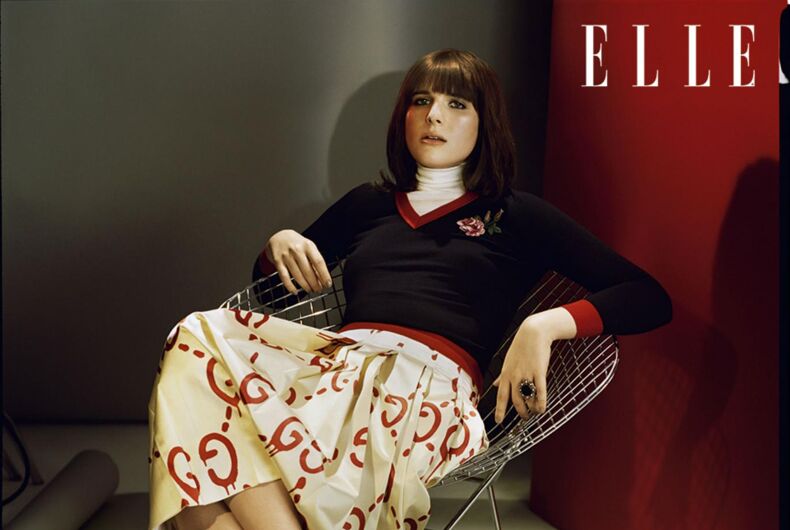 In a wide-ranging interview with Elle UK, transgender model and actress Hari Nef discusses activism, sexuality and transgender visibility — and the most visible woman in the trans community, Caitlyn Jenner.

Nef, who told the magazine she has many questions for the former Olympian, who is an unapologetic Republican.

“The question I have for Caitlyn is what does being a woman mean to you? I don’t feel that my politics are separable from my femininity, so dear Caitlyn, from where do you source your femininity? As a woman, who is your community of women? Are the women from low income houses who are disenfranchised by Republican politics – are those women your women? Are the women who have ovaries and wombs and who can’t get access to essential reproductive healthcare – are those women your women? Are the immigrant women who would get deported under a Republican administration – are those your women?”

Nef also reveals that after dating gay men she’s decided she prefers to date “queer men – guys with an open mind. Bisexual men, because they’re able to understand the different elements of the body without judging that I don’t conform to a certain ideal.”

Read a preview of the issue hitting newsstands August 3 here.

Televangelist Jim Bakker: If Trump loses, government will shut me down