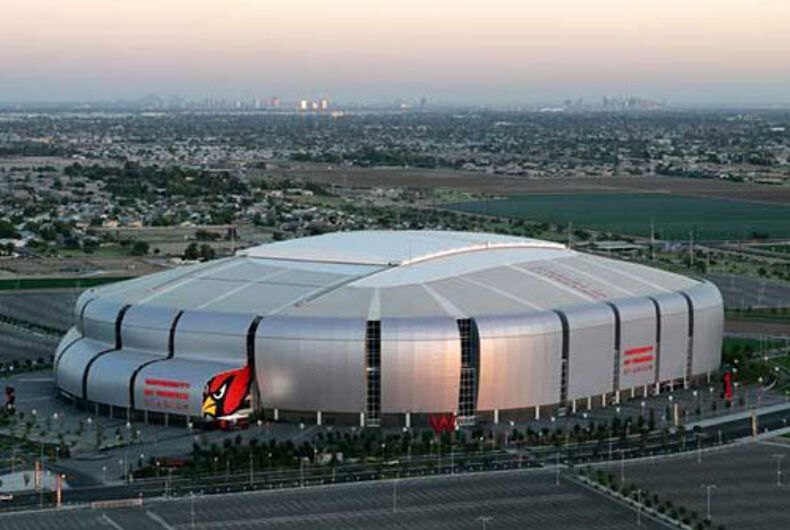 GLENDALE, Ariz. — The city of Glendale, Ariz., could become the fifth Arizona city to pass an LGBT-inclusive non-discrimination ordinance under a proposal from a local city councilman.

The west Phoenix suburb is home to the Arizona Cardinals and will host Super Bowl XLIX on Feb.1.

Councilman Gary Sherwood says the ordinance would prohibit discrimination in the areas of employment, housing and public accommodations, and send a message that the city supports diversity and inclusiveness, reports the Arizona Republic.

Earlier this year, some feared Glendale might lose the 2015 Super Bowl after the Arizona Legislature passed Senate Bill 1062. That bill, which would have allowed business owners to refuse service to people based on religious beliefs, was ultimately vetoed by Gov. Jan Brewer after a backlash from business and civil-rights leaders.

Despite the veto, however, Arizona is among the states in which it’s still legal to fire someone based on sexual orientation.

“I think we need to show inclusiveness, that we are a diverse community in light of the rulings” that led to marriage equality in Arizona, says Sherwood.

The city hopes to discuss the proposed ordinance at its next City Council workshop on Dec. 2. “If there is consensus to move forward, we could get it done before the Super Bowl,” says Jim Brown, Glendale director of human resources.

Councilman Sam Chavira said that with all the big sporting events Glendale hosts, the city needs to put it in writing and adopt an anti-discrimination ordinance. Glendale is also home to the NHL’s Arizona Coyotes.