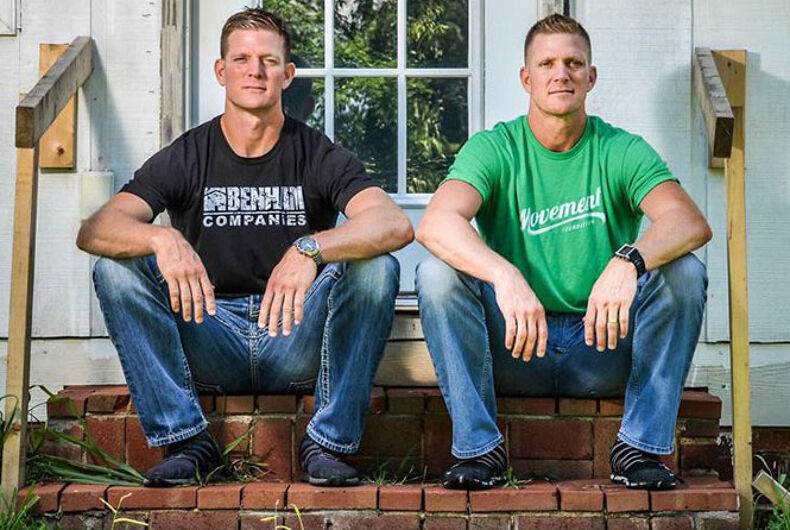 The hosts of a planned HGTV real estate reality show reacted Thursday to the cancellation of the project after news that one of the brothers has actively campaigned against marriage equality and LGBT rights, saying “anyone who suggests that we hate homosexuals … is either misinformed or lying.”

HGTV announced Wednesday that “Flip it Forward,” due to debut in October and starring anti-gay activist David Benham and his twin brother Jason, will not move forward.

The announcement came following a report by Right Wing Watch that labeled David Benham as a “dedicated right-wing activist,” although HGTV spokeswoman Audrey Adlam refused to say why the show was canceled.

The Benhams, based in Concord, N.C., had planned to use their experience buying cheap homes and renovating them in their new show.

The brothers issued a statement early Thursday saying they are “saddened” by HGTV’s decision:

“The first and last thought on our minds as we begin and end each day is; have we shined Christ’s light today? Our faith is the fundamental calling in our lives, and the centerpiece of who we are. As Christians we are called to love our fellow man.

“Anyone who suggests that we hate homosexuals or people of other faiths is either misinformed or lying. Over the last decade, we’ve sold thousands of homes with the guiding principle of producing value and breathing life into each family that has crossed our path, and we do not, nor will we ever discriminate against people who do not share our views.

“We were saddened to hear HGTV’s decision. With all of the grotesque things that can be seen and heard on television today you would think there would be room for two twin brothers who are faithful to our families, committed to biblical principles, and dedicated professionals. If our faith costs us a television show then so be it.”

In 2012, David Benham said “homosexuality and its agenda that is attacking the nation,” and wrote in the Christian Post that marriage equality “erodes the moral fabric of our society” and “threaten(s) future generations,” adding that gay men will never find true love.

He also cited the Leviticus passage that death is the consequence for homosexuality: “This is how detestable this type of sin is to God.”